My iPhone isn’t just for making calls, receiving text messages and surfing the internet, you can call it my mini game console. Of course there are PC games installed on my notebook but each time I’m with the computer, I’m either blogging, developing a website or taking care of business. I hardly play games on PC these days and that’s where iPhone games come in. I love shooter games and there are loads of them available for iOS. Quite a number of PC games are available on iPhone / iPad and since I’m with my smartphone like all the time, it’s the only thing that lets me get into that world of action, shooting enemies and driving recklessly. Lol. I made a list of top ten games for iPhone 3G but the games on this list only support iPhone 3GS, iPhone 4, iPhone 4s, iPad and iPod touch. You may need to check that older post if you use an iPhone 3G. 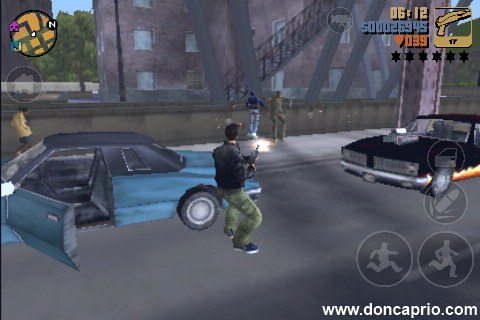 This is one of the best third-person shooter games I’ve ever played on PC and having it on my iPhone is just great. It’s acclaimed as the most influential games of all time and this is probably true. If you’ve played the PC version, there’s absolutely no difference compared to the version made for iOS. I mean it’s exactly the same. You go through missions, steal cars, drive through the streets, pick up hookers 😉 It’s so just so addictive. It’s that kind of game that you keep playing till your battery drains out. 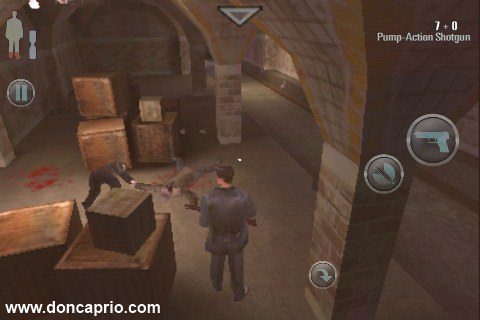 If you like some real action and epic gun play, you definitely need to have this game installed on your device. Max Payne Mobile centers around the story of a fugitive cop framed for murder and you play this part. It’s a third-person shooter game and apart from the awesome game play, the storyline is interesting and easy to follow. Like GTA, it’s also from Rockstar Game. 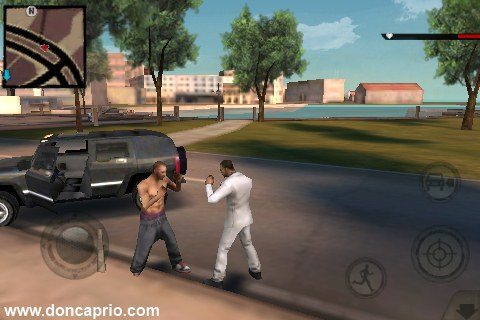 Ever since I played the first Gangsta game (King of LA, I think) years ago on my old Sony Ericsson K800i, I’ve fallen in love with the series. I’ve played West Coast Hustle and Miami Vindication on my former iPhone 3G but I wasn’t able to see how the latest version, City of Saints, look like till recently. Just like the others, it’s a third-person shooter game you just gotta love. The game is sort of similar to GTA but different in a lot of ways. Ready for the ride? Put on your ammo and play the role of a bad street gangsta on the streets of Rio De Janeiro, Brazil. 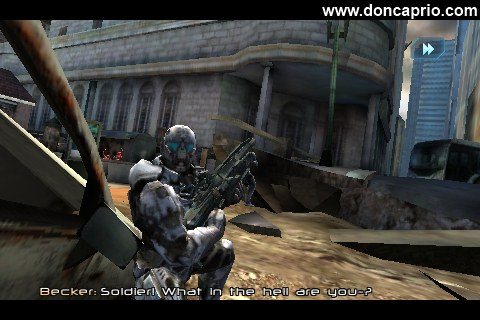 I wasn’t a fan of first-person shooter games till I played N.O.V.A 3. The game has unbelievably stunning graphics and that explains why it weighs as much as 1.44 GB. The game play is captivating and as a matter of fact, you have this feeling you’re actually in the game. 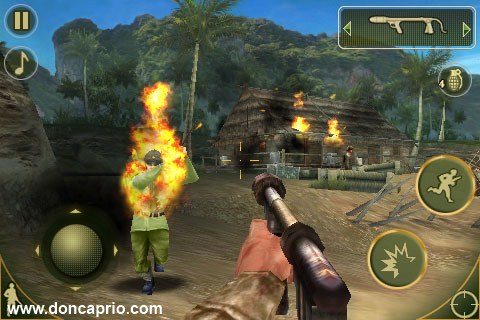 I’ve been a fan of Brothers in Arms since I played it on my old Nokia 6600 years ago and also the N-Gage version on Nokia N95. Right from time, all versions of Brothers in Arms have always been been third-person person shooter games but Global Front is a lot different. It’s a first-person shooter war game that’s not that easy to play though I love such challenging games.