With all the limitations that comes with iOS, jailbreaking can really turn your phone to yours and give you that chance to make it look (and even work) the way you want. From installing themes to special utilities that enhances your phone’s performance, the unofficial Apple Store (Cydia) is loaded with lots of tweaks to customize your iPhone. There are so much but I came up with the top ten I personally use and recommend. 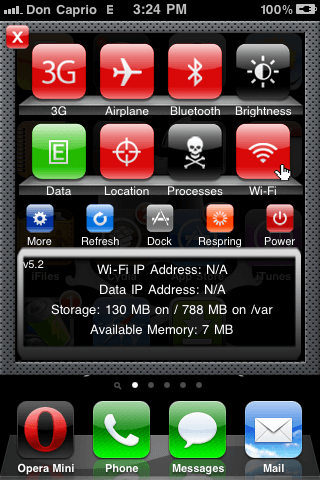 If you’re not using this Cydia app, you’re definitely missing out. SBSettings is an application that lets you access all your important settings using a defined shortcut. By just swiping my fingers across the status bar, I’m shown the most used functions on my iPhone. With SBSettings, it’s easy to turn off WiFi, 3G, Airplane Mode, kill processes and much more.

This tweak is also cool especially if you love ringtones. UnlimTones lets you download free ringtones and create your own ringtones from your iPod library. 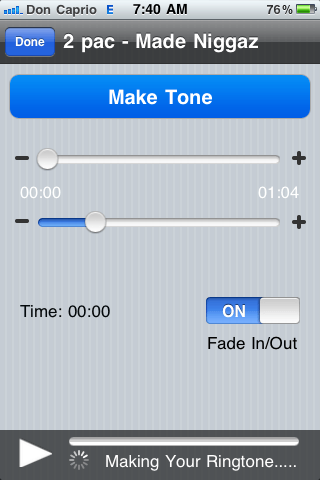 There isn’t anything special in this but I love it just because it’s fun. Can you check those screenshots above and the one below? Can you tell my mobile operator? I guess you can’t. I’ve customized it and replaced it with my name thanks to the cool tweak. You can search for Fake Operator in Cydia and install. 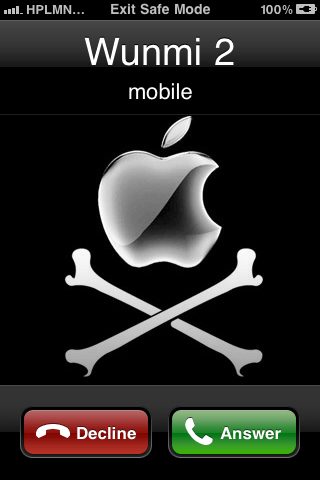 Apple should have added a decline button to easily reject phone calls but you have to press the sleep button twice to do this. EZDecline adds a Decline button to your screen if you wish not to answer calls. This is a paid app though and costs $0.99. 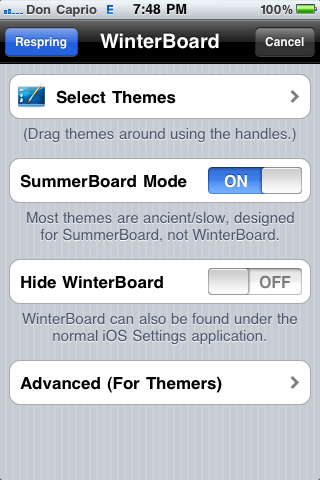 Winterboard lets you customize your iPhone with artistic themes. You can change the look and feel of almost anything ranging from native apps and those downloaded from App Store. You can as well download themes which are stored in Winterboard. 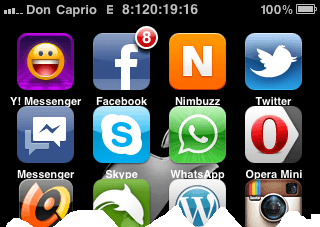 This simple tweak adds seconds to the default time on your status bar. You may not find it particularly useful but it’s a cool way to know if your device is frozen. I installed it and the time looked somehow weird on my phone and I had to later remove it though. I guess there’s some sort of conflict with other things I have installed or something but I kinda like it. 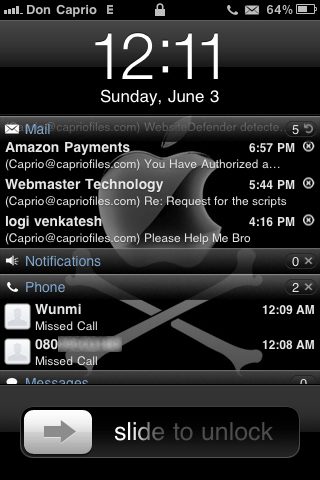 The default lock screen is rather boring but this Cydia tweak fills your lock screen with information you need to see without necessarily unlocking your phone.

This tweak allows you to do what iOS won’t let you do: creating folders and organizing your springboard by grouping apps into categories. It’s a great way to maintain a less cluttered springboard. You can find it in HackYouriPhone repo by adding the source – http://repo.hackyouriphone.org

This is one of the most useful app I’ve ever used. MXTube lets you browse and watch Youtube videos.