When Apple decided to drop support for it’s older devices, millions of users who still have the iPhone 3G, 2G, iPod Touch 1G and 2G felt it was rather unfair. Imagine holding an iPhone 3G and you can’t even use the official Facebook app on the phone; you’re left to just make and receive calls, send text messages and do basic some basic things. These days, it’s like almost everyone is on WhatsApp but if you use an Apple device lower than iPhone 3GS, you won’t be able to use this and lots of other apps you normally should have on a smartphone.

I used to have an iPhone 3G and later an iPhone 3GS but back then, I could use all those apps people can’t use on older devices anymore. A friend with an iPhone 3G was lamenting a couple of weeks back about how useless his phone has become and I was able to proffer some options that would help him install unsupported apps on his iPhone 3G.

Don’t be fooled, you still won’t be able to install those apps from App Store meant for iOS 4.3 and higher, however, there are certain things that can be done to bring your iPhone 2G / iPhone 3G or old iPod Touch back to life.

Whitedoor is quite popular but still, a lot of iOS users don’t know what it is and what it does. Seriously, it’s the best thing that can happen to your iPhone 3G. I once tried installing iOS 4.2.1 on an iPhone 3G and the result wasn’t very good. the phone was pretty slow and lags like hell. 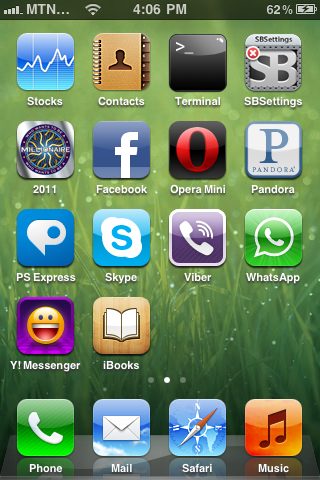 Whited00r is a custom iPhone firmware built with iOS 3.1.3 but optimized to bring the best out of your old device. The current version has the look and feel of iOS 6 and believe me, it’s pretty fast. It’s got it’s custom App Market (App Time Machine) where you can find older versions of apps that’s gonna be compatible with your phone. You can download Facebook, Adobe Photoshop Express, Twitter, Viber, Opera Mini, Whatsapp and other apps no longer supported from the store for your iPhone 3G / 2G. 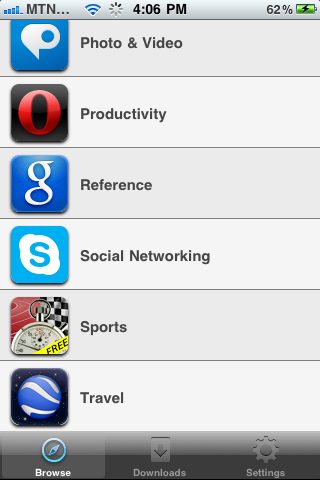 Though most of the downloaded apps and games are gonna work just fine, I still gotta let you know that the server-side check Whatsapp does still renders the one there useless. You will be told your version is too old but besides that, the custom iOS is great and you can find real good stuffs at the store.

Again, the firmware is pre-jailbroken and there’s also an unlocked version you can use if your device is carrier-locked. This means the firmware jailbreaks and unlocks your device and on top of that, it’s got iOS 6 look and feel and it pretty fast and responsive.

This should not be confused with Whited00r because unlike it, Redd00r is just a Cydia Tweak and to use it, your phone must already be running a jailbroken version of iOS 4.2.1. Even though Whited00r is built on iOS 3.1.3, I would still choose it over Reddoor because iOS 4.2.1 is pretty slow on iPhone 3G.

Anyway, Reddoor has some features to bring some back into your old device (but there’s no way you’re still going to install unsupported apps). Installing Redoor gives you some cool features like:

Unlike Whiteddor, there’s no yet a custom App Market that allows you to install unsupported apps but it sure makes your phone look good.

Developers who came up with Red00r proposed to have their own custom App Market but it seems like the project was abandoned. They were collecting apps that were found working with iOS 4, older versions of apps no longer compatible with older devices. It was a project on SourceForge which I had the chance to stumble on. You can check the project and get some apps for your iPhone 3G / iPhone 2G.

As explained above, unless you find a way to get the older versions of these apps, those apps requiring iOS 4.3 will never work on iPhone 3G and other older devices. The only option is hunting for the older version and installing through iFunbox or using Whited00r.