You are here: Home / Business / 5 Reasons Why Your Email Marketing Campaign Isn’t Working

If you are deep into email marketing and you’ve been in it for a while, chances are that your first attempt wasn’t fruitful. Also, if you’re just getting into the game, the first attempt is likely to be a discouraging flop if adequate knowledge isn’t acquired before venturing into it. You’ve probably heard that “Money is in the list” and I’m not here to tell you why you need to build an email list or reasons it’s important to start one now, I would rather tell you why your email marketing campaign is not really working and bringing out your expected results. 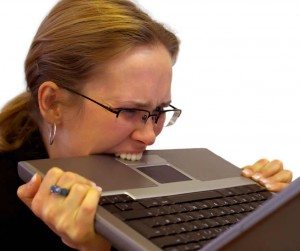 Also Read: Email Marketing: How to Build a Targeted List

I don’t like spamming, you don’t and as a matter of fact, nobody does. When you keep sending spammy mails like all the time, people are likely to unsubscribe ffrom your list. There’s a limit to everything and when you cross that limit, you’re definitely gonna face the consequences. Sending irrelevant emails all the time is the surest way to kill your campaign.

Seriously, this method doesn’t work anymore. A bought list may not be as effective as something you built yourself. You’re not the only one the list was sold to and those people on the list are being spammed already.

Also read: Would You Rather Stick to a Free Email Subscription Marketing Service or a Paid One?

If you’re one of those marketers promise gold and eventually deliver stones, your campaign will eventually fail. Don’t lie, your subscribers are not a bunch of stupid kids who would swallow your lies without knowing it. See them as smart people who you really want to connect with professionally.

The first point talked about spamming but then if you take this “way too seriously,” you would become rather inconsistent with your mails. Sending mails like once in two months just because you don’t want to spam makes your message look like a random mail from nowhere. Be consistent, once a week is okay or twice a month.

Also Read: Why is Article MArketing Best for Internet Business?

5. Lack of targeting & strategy and ignorance

There are may more reasons but this covers it all. When your list isn’t targeted, your email marketing campaign is not gonna work. A targeted list can work miracles and get you really smiling but when it’s not the case and the subscribers on your list are not really interested in what you have to say, forget about the whole thing.

Also, you must be strategic in everything you do. Delivering your mails at specific times can increase ROI rather than just sending it at random times. It’s been said that Saturday and Sunday tend to have the best click-through rate at right around 8 or 9%. Again, it’s experts say 6:00 AM also has the highest rate of any hour of the day but you’re to find out what works for you.

Another major thing that kills an email marketing campaign is lack of adequate knowledge. Be sure you read and understand everything pertaining to email marketing before going into it and you’re sure to have a successful campaign.