The whole future of Blackberry seems to depend on Blackberry 10 which some analysts already predicted to be a major failure. The best thing about Blackberry that makes some people still go for it is the so-called security and BBM. Blackberry messenger remains the major reason lots of people still buy this smartphone and for some reasons, network providers in some parts of the world like Nigeria support Blackberry more than any other smartphone out there just to drive their own sales. Although BB is getting obsolete in other parts of the world, they still have a major share in the Nigerian mobile market and other African countries though it’s been said that this is not enough to sustain the dying RIM.

So, what alternatives to Blackberry messenger do you have since you’re probably using an Android smartphone,  a Windows phone or the  iPhone? There are loads of them and as a matter of fact, there are certain things you can do on your smartphone that’s impossible on Blackberry. With even low-end Nokia smartphones being able to make video calls, one can’t help but wonder why there’s no Blackberry phone that supports video call over 3G till now.

Must Read: 7 Reasons Why Blackberry Sucks

The various IM apps around make BBM look irrelevant. Why? BBM is only limited to blackberry phones and you can’t use it without a BB PIN (Blackberry Prisoner Identification Number) but these alternatives work across all platforms.

Skype is probably the most popular IM application and as a matter of fact, it’s more than just an instant messaging app. With Skype, you can keep in touch with family and friends and it supports video calls on almost all mobile platforms except, of course, the overrated Blackberry. Even Blackberry’s most sophisticated smartphone doesn’t support video calls on skype for now.

Must Read: What is Blackberry Doing at the Moment?

Skype to Skype calls are free and you may even buy call credits at a very reduced rate. 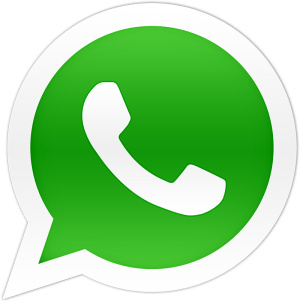 I’m not the chit-chat type that spends the whole time chatting with people on social networks but Whatsapp really got me. With over 100 contacts on my phone already using it, it’s probably the best alternative to Blackberry messenger since it consumers very little data and it works across all platforms. Even almost all BBM users have Whatsapp installed on their device to keep in touch with their contacts who do not have that thing they call Blackberry PIN.

Although the latest blackberry messenger can make voice calls over Wi-Fi which is quite a big step forward for the company and something very appreciated by all BBM users to say the least, I’ve been doing that with Viber and Skype for a very long time over 3G. Viber is very widely used and also, the free VoIP feature is great. 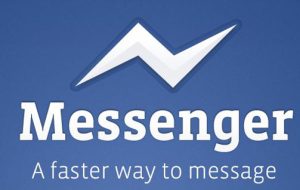 This doesn’t need an introduction and you definitely can’t deny the fact that Facebook is the largest social network right now and when it comes to instant messaging, Facebook chat has a lot more users than any other IM application. There’s a Facebook messenger for every phone, even feature phones.

Compared to others, I use this a lot less but it’s a great instant messaging app with a cool UI.

You got a lot of alternatives and the choice is yours. I have most of these installed on my iPhone and Nokia N97 and I still keep in touch with my loved ones. Not sure I’m gonna get a Blackberry device just because of BBM… like I always say, Blackberry sucks.