You are here: Home / Mobile / Apple iOS / How To Download And Install iOS 11 Right Now Without A Developer Account

Apple announced iOS 11 weeks ago but only developers have access to the first and second beta versions. Although much hasn’t changed in the GUI, a lot of features have been added to the latest version of the operating system. 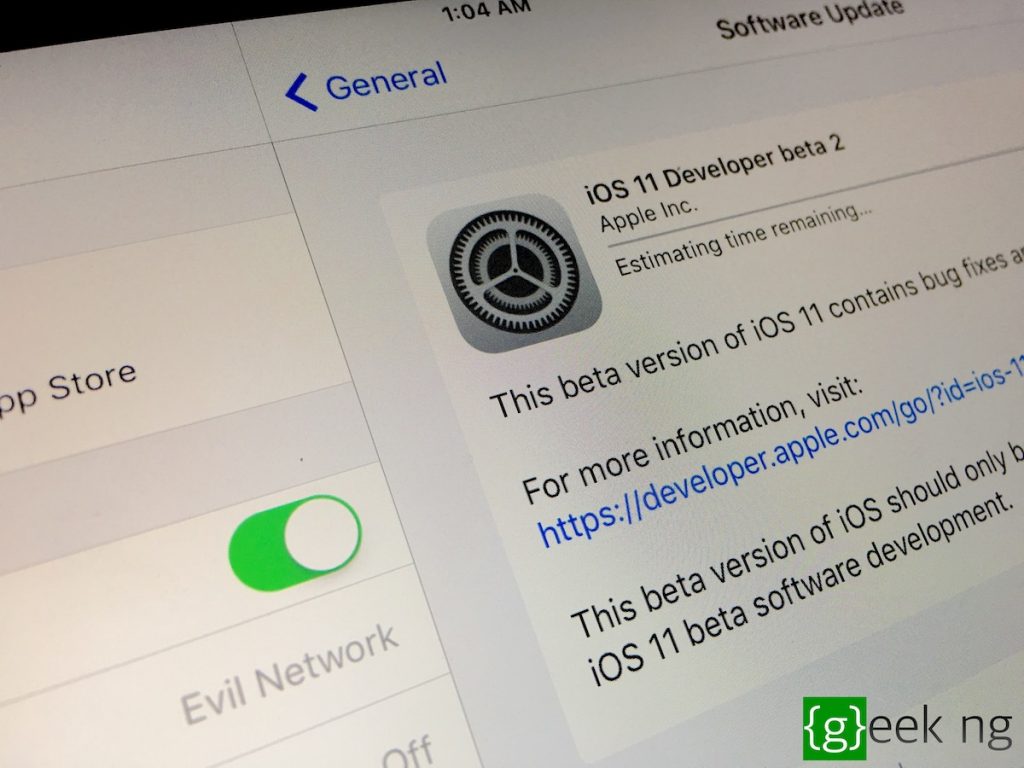 One of biggest feature of iOS 11 is the new Files app, a file manager app Apple refused to give us all these years. Apart from this, we have a redesigned Control Center, a redesigned Notification Center, a “dark mode” to make jailbreak tweaks like Eclipse 4 useless, a redesigned App Store and much more.

For now, the developer beta version is unstable and you’re advised not to install on your primary device. It is basically for testing and feedback. Anyway, I did install iOS 11 beta 2 on my iPad Air 2 and so far, I’m loving the new firmware. Well, my tablet kinda feels new. Whether you own an iPhone, an iPad or an iPod Touch, you can install iOS 11 developer beta on your device without the need to have a developer account or pay $99 for the Apple Developer Membership enrollment.

1. First, you need to download this profile and install on your device. 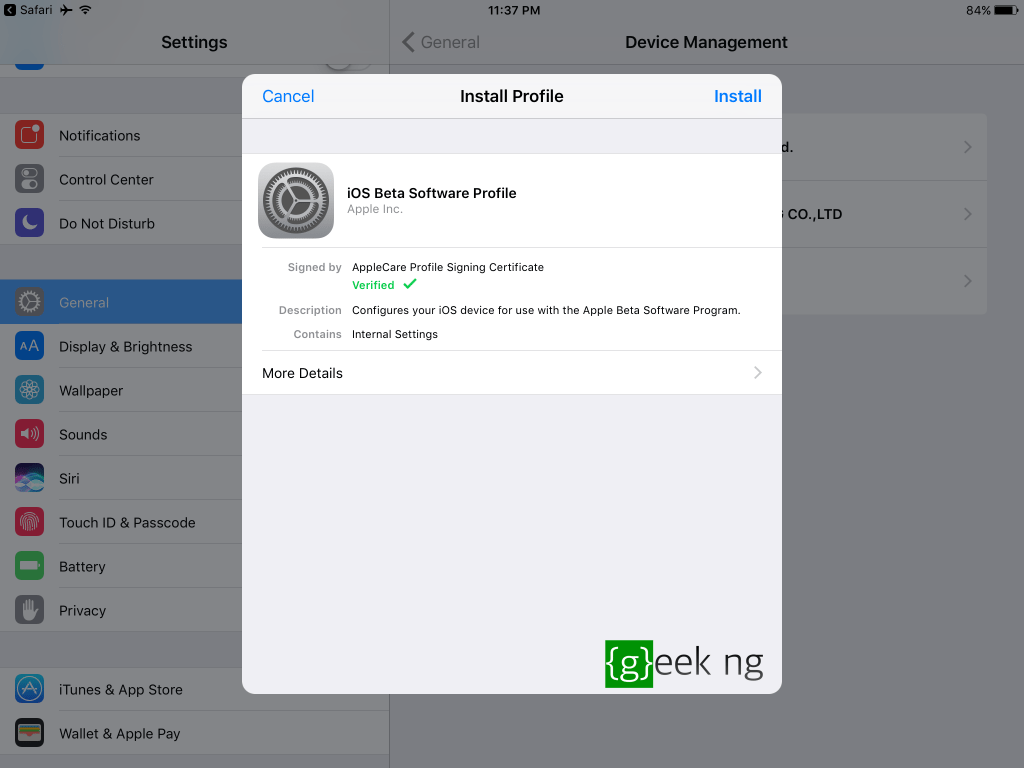 2. You may need to enter your passcode and accept the terms and conditions before you can install this profile. 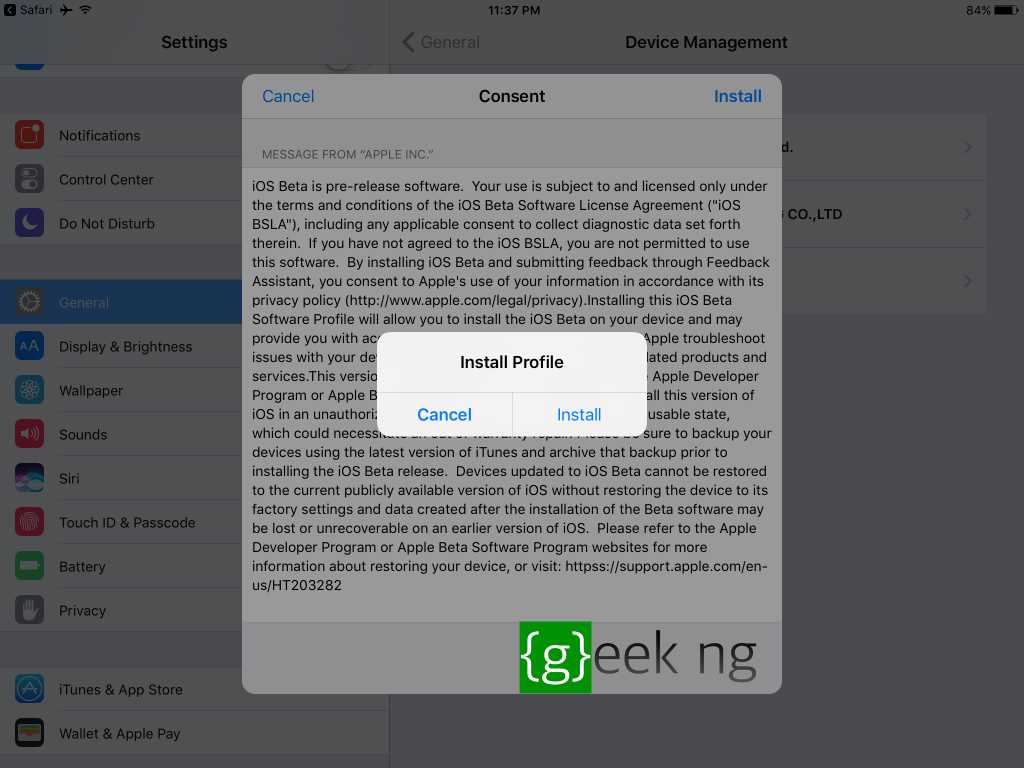 3. You should restart your device when the profile is installed.

4. When the phone turns back on, go to Settings > General > Software Update. 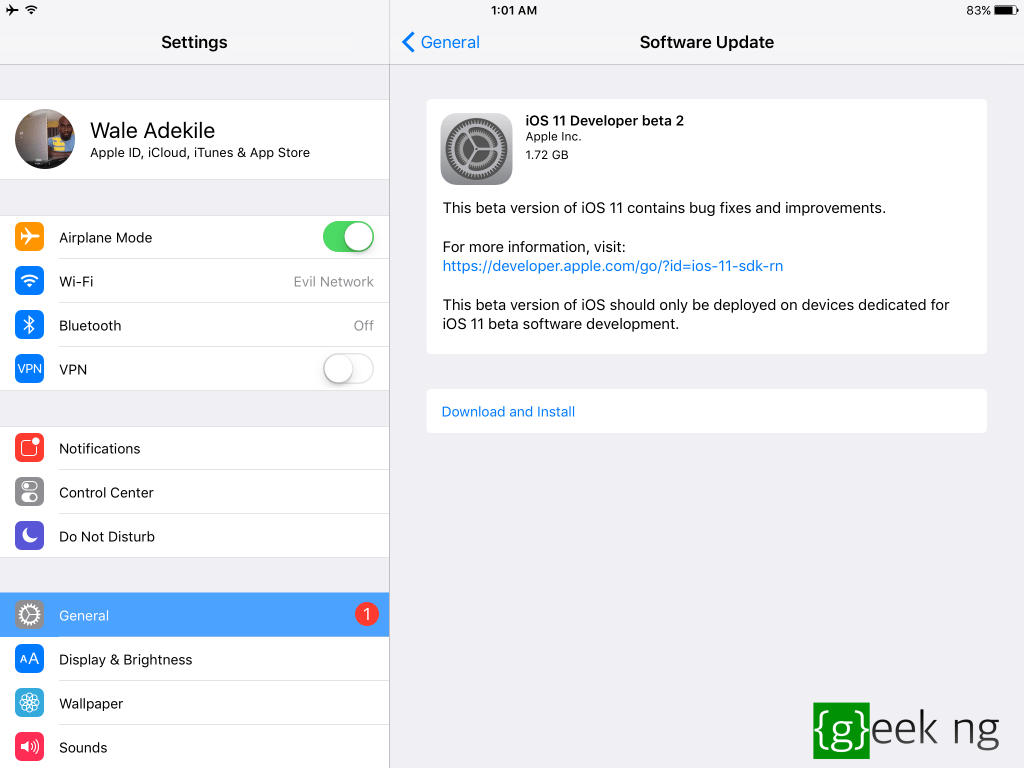 You should have an iOS 11 update waiting. As mentioned earlier, you shouldn’t install on your primary device. You might want to wait till the public beta is released (which is likely to more stable).

For now, certain things are not yet working correctly. For instance, split-screen multitasking is a pain in the butt and the Files app doesn’t let you store files on your iPad yet. So far though, iOS 11 looks like an update worth installing.