The clean grid icons on your springboard may look very nice but a time comes when you get bored with that same old look and changing wallpapers (which can’t be enough for someone like me) can never be compared to changing what your whole springboard looks like. I’m not an Android fan (…well, not yet) but transforming my iPhone to an Adroid device looked like fun and I decided to try it out. I kept changing the look like all the time just because I couldn’t seem to get satisfied with what I have. From making my springboard look like Adroid, I switched to WP7, Mac OS X Lion and even the new Metro UI of Windows 8. Now, I’ve settled for Windows 7 and the tiles look just great!

Prerequisites to get started

Before proceeding, make sure you have these two Cydia tweaks installed: 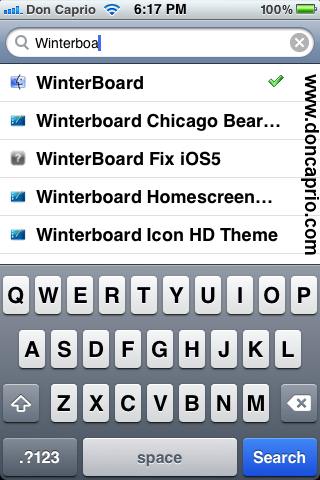 To install these, launch Cydia and search for them. Install Winterboard first, then Dreamboard.

Changing your iOS to Android UI

Since you already have DreamBoard installed, launch it from your Springboard and select Endroid. This comes with Dreamboard by default but there are alternatives you might prefer. Endroid looks just like the HTC’s theme and it looks quite great. 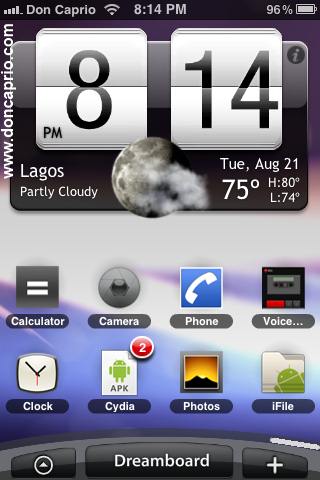 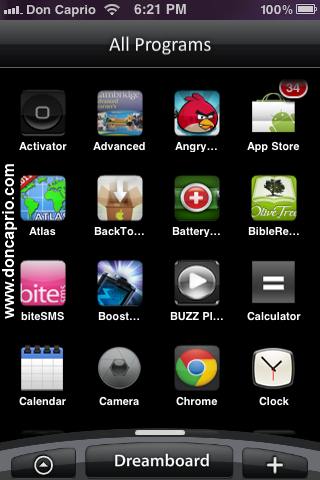 Another alternative which I even prefer to Endroid is the Galaxy S II theme. This has a lot more features than Endroid but since its Android UI, there are lots of similarities. The weather widget works great, and if you still prefer the grid icons on your default iOS theme, Galaxy S II still copies that. 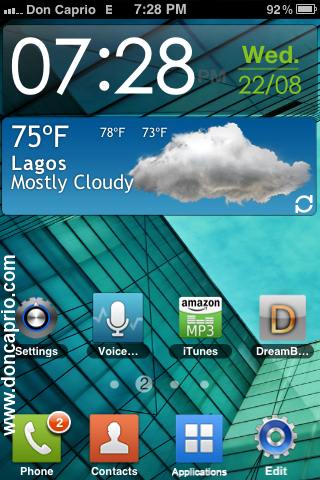 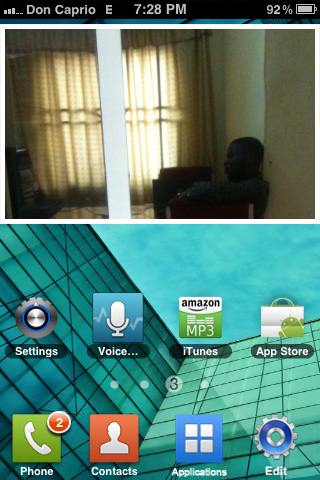 To install, launch Cydia and search for Galaxy S II. It’s available in the insanelyi repo.

I’m a Windows fan but experiencing what OS X Lion feels like on my mobile phone was fun… I mean, it looked almost like the real thing. With this theme (which looks more like a transformation pack), your iPhone looks just like Mac OS. 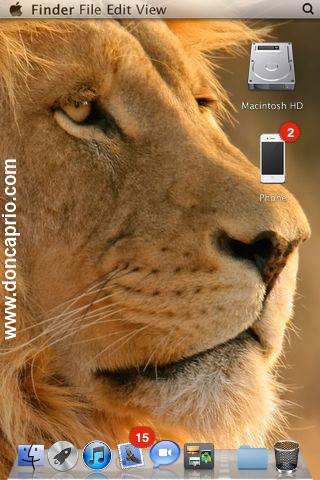 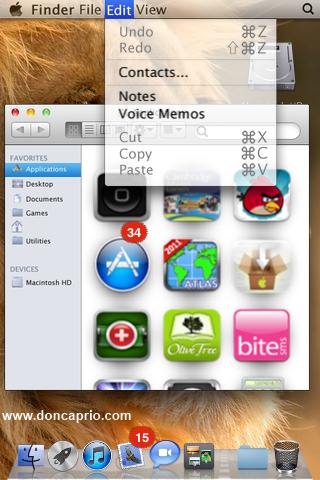 This theme gives you that feel of Nokia Lumnia phones running WP7. You can arrange the tiles on the homepage the way you want, pin and uupin them at will and springboard items are arranged horizontally though I don’t like this that much. The feature I love most about this theme is the tiles and widgtes on the homescreen. 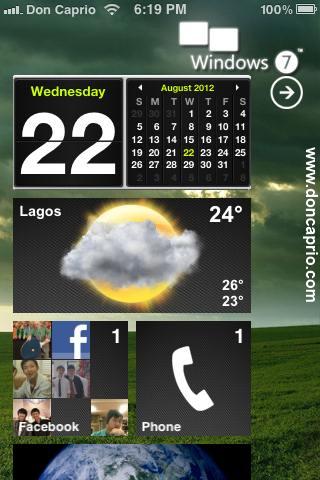 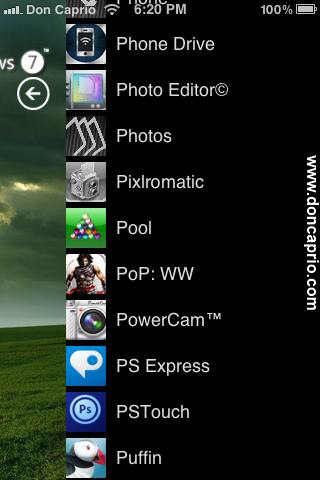 There are many Windows 7 themes available in Cydia but the one I use is the best. I tried lots of them. To get this, search for OS7 and install. After that, search for OS7 Ultimate and install also. It’s like an update to OS7 and believe me, it’s awesom if you get those tiles and widgets arrange right.

Installing these cool themes is just one of the benefits of jailbreaking, there are lots more and I suggest you check out my list of top ten Cydia tweaks for iOS 5.1.1.