You are here: Home / Gaming / Awaiting the new PlayStation 5

As PS4 consoles officially reach the end of their lifecycle, there’s a lot of buzz around the logical next step – a new product launch. At a recent corporate strategy presentation, Sony announced how the two watchwords for next-generation gaming would be ‘seamless’ and ‘immersive’, whilst tech and gaming sources teased out information on the forthcoming PS5. The key specs for the PS5 open up opportunities for a range of untapped features in immersive gaming.

Sony is harnessing an advanced lighting technique, Ray-tracing, which brings next-level immersion to gaming visuals. This is a technique used in big-budget CGI set-pieces, so we can expect superb quality. 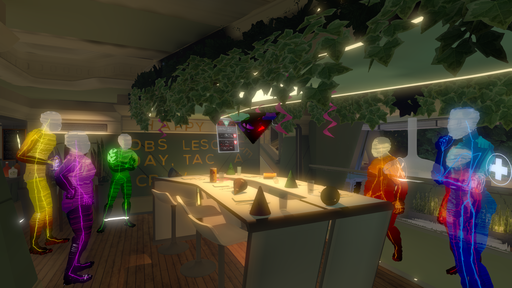 Sony’s new game-streaming platform, PlayStation Now, will offer immersive game experience to users even those without a console. The Netflix-like platform will offer hundreds of games for a monthly subscription fee.

The PS5’s audio performance will reach new heights due to a new audio engine that delivers immersive sound, especially when wearing headphones. In fact, other streaming providers like BT and Sky use the Dolby Atmos for sports events because it is perfect for conveying stadium atmosphere, enticing the viewer towards pitchside.

8K TV support means much more detailed textures and much larger pixels, while the new SSD is roughly 19 times faster than conventional SSD storage methods. Speedier processing should lead to a more seamless gaming experience. To give a specific example, when playing Spiderman on the PS4, loading the ‘fast travel’ option used to take around 15 seconds. Sony claims this will be cut to 0.8 seconds on the PS5.

How does it change the game?

A recent PwC report on the entertainment and media industry found that market revenue for gaming has grown by nearly 4% in the previous 12 months, with turnover from bingo gaming increasing by over a third, far beyond expectations. The challenge of the industry is finding ways to make gaming as involving and enjoyable as possible, thus tapping into the desire gamers have for new experiences.

Gamers need experiential game dynamics, so when they encounter information, objects, and events, they can plan, act and react as they might in reality. For example, the 360-degree format gives users the chance to explore their environment by looking in any direction. This immersive technology could give a new lease of life to simulations like strategy game Sid Meier’s Civilization. This strategy can apply to exploring real-life experiences as well as imaginary worlds which can lend themselves to anything from classic games to elaborate titles. Consider a game like bingo and how the land-based offering relies heavily on the social element. Although companies such as Buzz Bingo have already introduced the game to the digital world, offering different variations on the classic gameplay to appeal to players, including a faster version in the form of Flash Bingo and themed variants such as Age of Gods Bingo, the adoption of new technology in the form of innovations introduced in the PS5 can take this idea further. In these and other sub-genres, game mechanics will recreate essentially social activities. Before long, players are expected to be able to shake hands, chew the fat and laugh together as they play.

This is a fast-moving sector, of course. At the recent 2019 E3 gaming conference, Microsoft unveiled its impressive next-generation Xbox machines, while Sony also recently announced a partnership with Microsoft in the field of cloud technology, likely to be used for gaming content as well as artificial intelligence.