Although it’s not the biggest device in Xiaomi’s portfolio, the Redmi Note 5A is still a phone that doesn’t sacrifice usability to maintain its status as a budget phone. I unboxed this device a couple of days ago and used it briefly.

If you’re looking for a budget phone, something nice but not too expensive, this is one of those you should give some serious consideration. 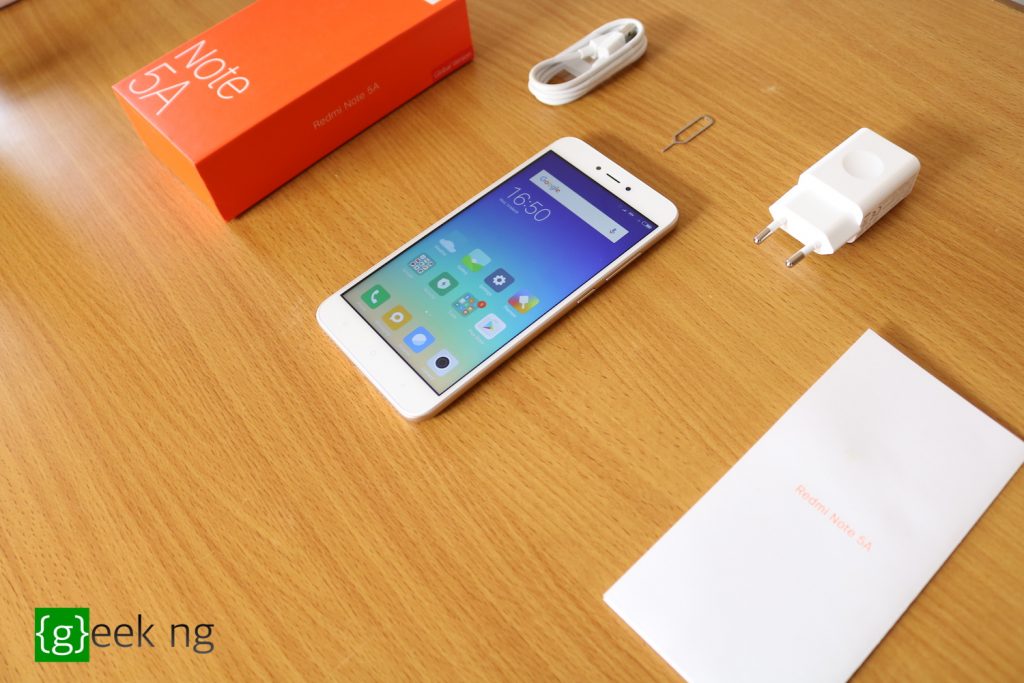 As usual, Xiaomi follows it’s minimalist approach, you get just a few items in the box. Apart from the phone itself, you have: 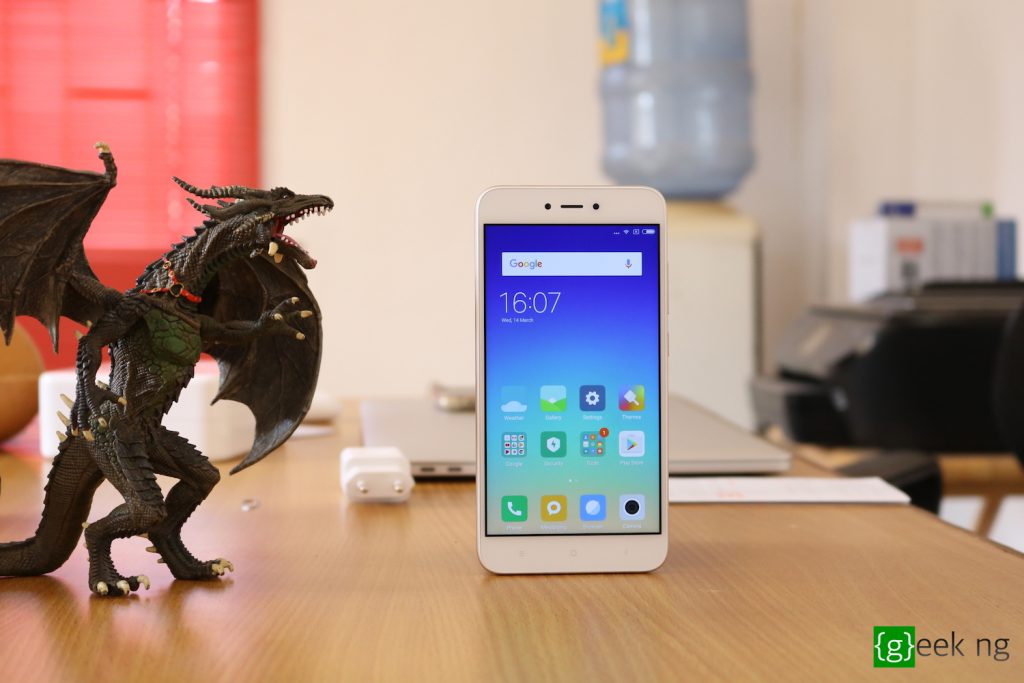 The design is good, but not exactly breathtaking. This phone feels very light and that’s because it weighs only 150 grams. It’s got a plastic build and you can feel that right away. At the front, you’ve got the 5MP camera and the light sensor at the usual place above the screen. At the bottom of the screen are three capacitive navigations keys which are not backlit by the way. 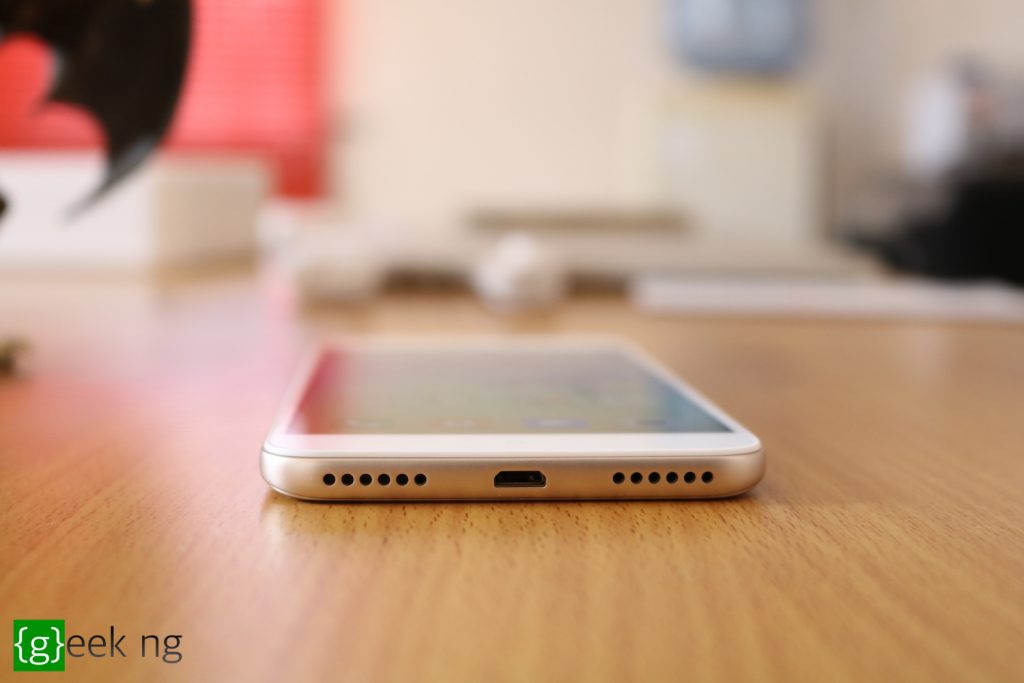 At the bottom are two grills: one for the microphone and the other for the mono speaker. In between is the micro-USB port. At the top are the infrared blaster, the 3.5mm audio port, and the noise-canceling microphone. 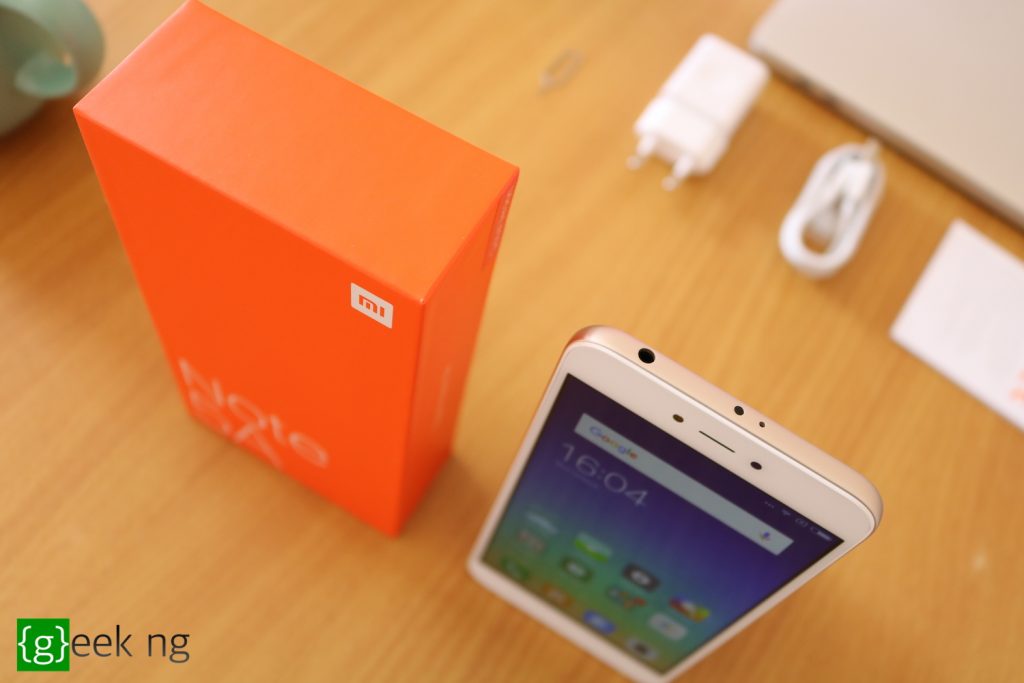 On the right are the volume rocker and the power button. On the left is the SIM tray. Well, it’s a good thing you can use two nano-SIM cards and a microSD card all at the same time.

At the back is the 13MP camera with a single LED flash. There’s no fingerprint sensor, but it’s available for the Prime version of this phone. The back cover is actually plastic, but the finish gives it a metallic look. 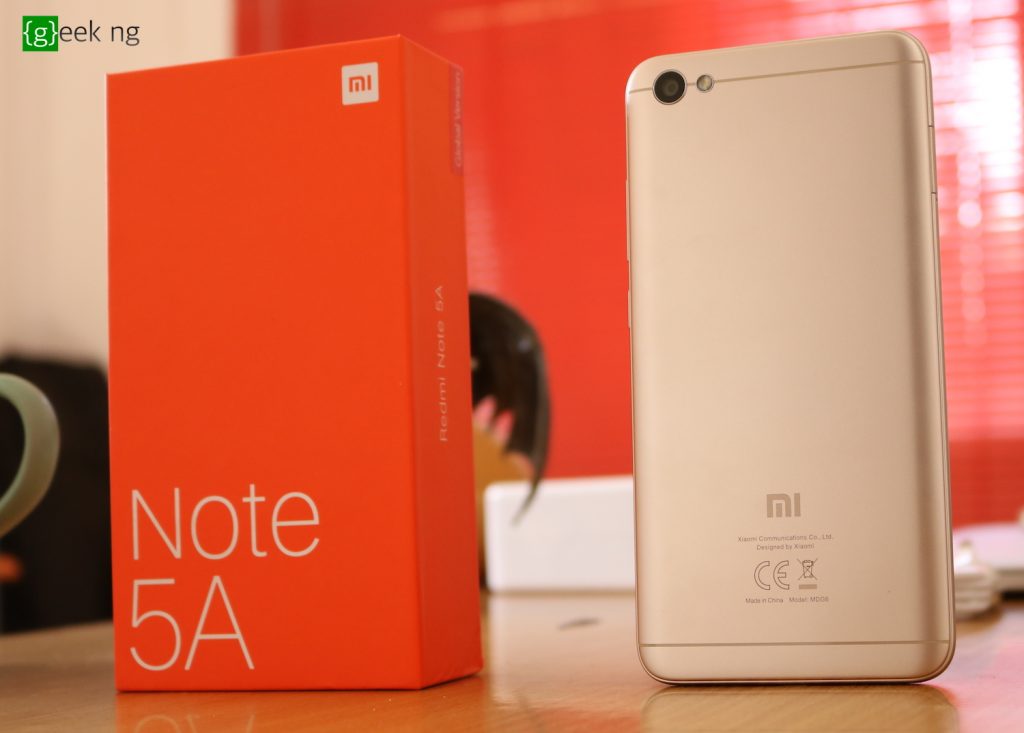 For a phone at this price point, the screen looks good and exceptionally bright. This phone runs Xiaomi’s MIUI 8 on android 7.0, but there’s an update already to MIUI 9 already. 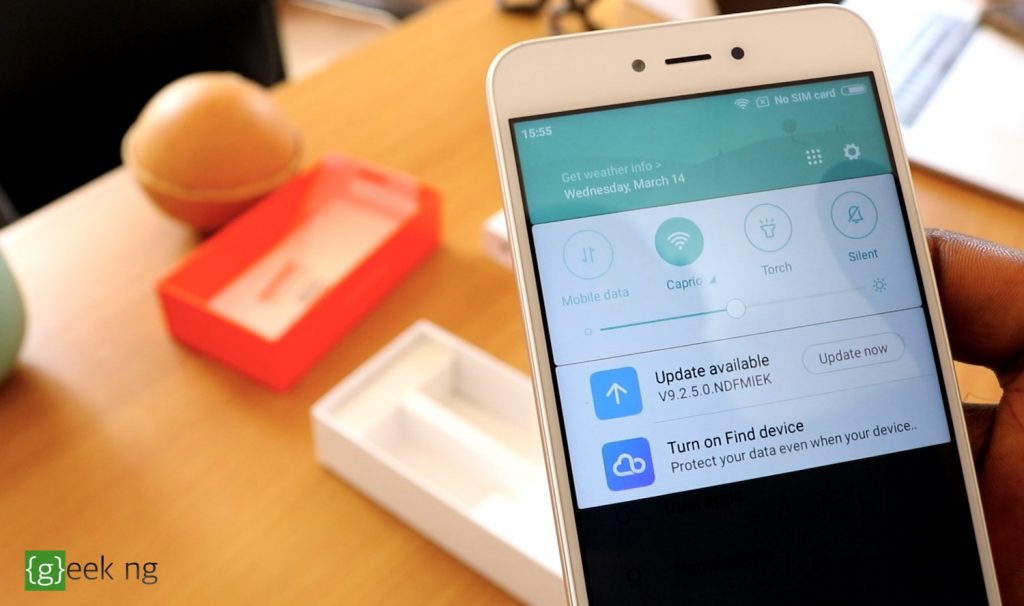 At just about ₦34,000, this little guy packs a punch. Whether you like to hear this or not,  Xiaomi Redmi Note 5A looks very much like a phone that offers more than other devices in this same price range.

Being a budget phone, my expectations for the camera were very low, but Xiaomi Redmi Note 5A takes decent pictures in good light conditions. You shouldn’t expect much in terms of dynamic range and low light photography though. The 5MP front camera too isn’t bad. It comes with two features I appreciate: face tracking and manual focusing. For its price, you can’t complain. 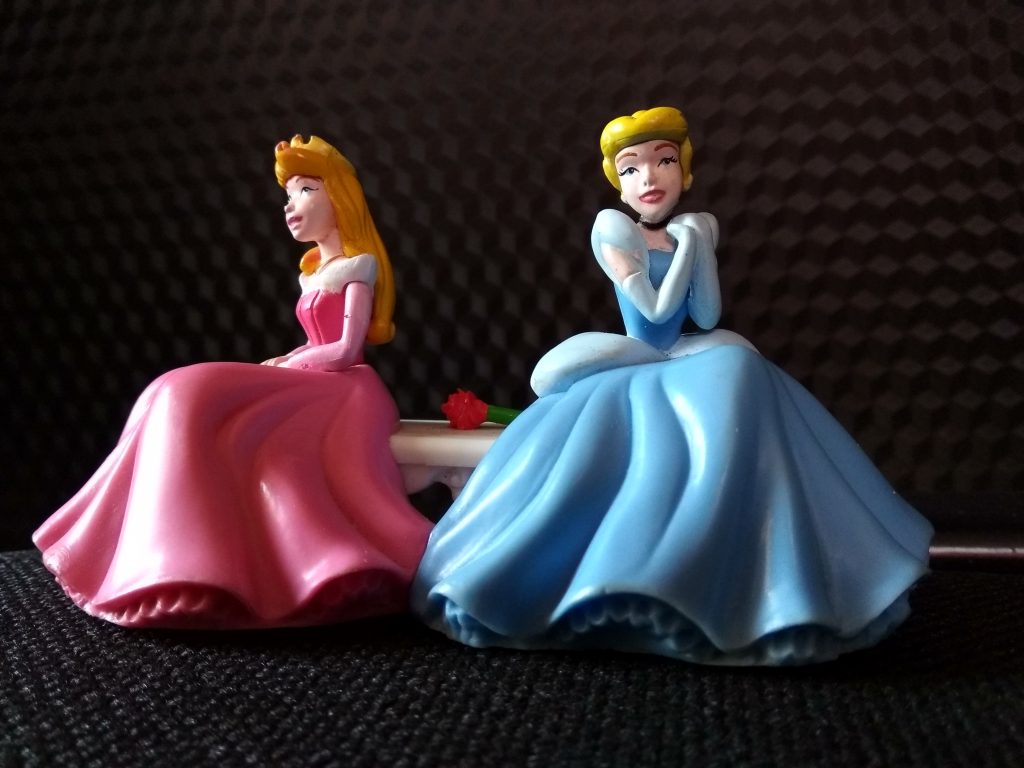 Unlike the Xiaomi Mi Max 2 and Xiaomi Mi A1 I recently reviewed, Xiaomi Redmi Note 5A works flawlessly with ntel and Spectranet. 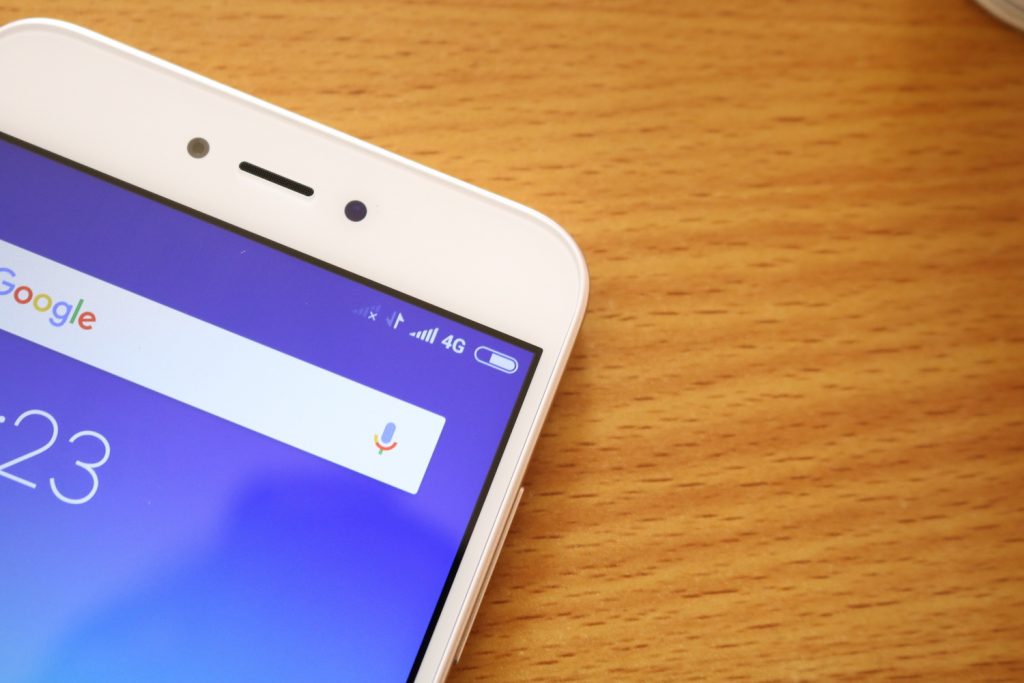 To be honest, the fingerprint sensor is noticeably missing, but if you’re willing to spend a few extra bucks, perhaps you should go for the Redmi Note 5A Prime.

The Redmi Note 5A, Redmi Note 5 A Prime, Redmi 5 and Redmi 5 Plus will be on sale in Nigeria exclusively during the upcoming Jumia mobile week starting March 19-25. Now that Jumia is back to selling Xiaomi devices, here I am hoping this is the first step in getting Xiaomi to become fully operational again in Nigeria.