For its price, Xiaomi Redmi Note 4 has proven to be a great device over this past one week. For a phone selling below $200, Xiaomi once again proves that cheap phones don’t have to be crappy. Although it has its own shortcomings, it is quite safe to say that the pros greatly outweigh the cons. Xiaomi Redmi Note 4 has been my secondary device for a while now, and it’s one of the best Android phones I’ve held lately. 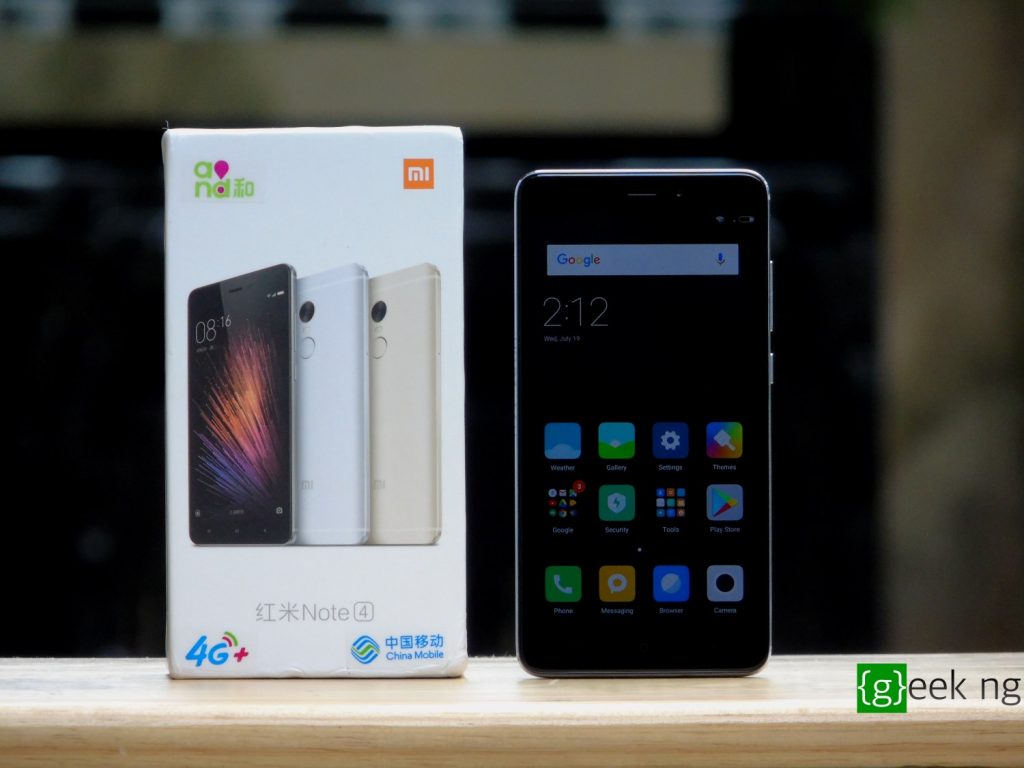 If you’re in a hurry to know how good or bad this device is, the pros and cons are listed below: 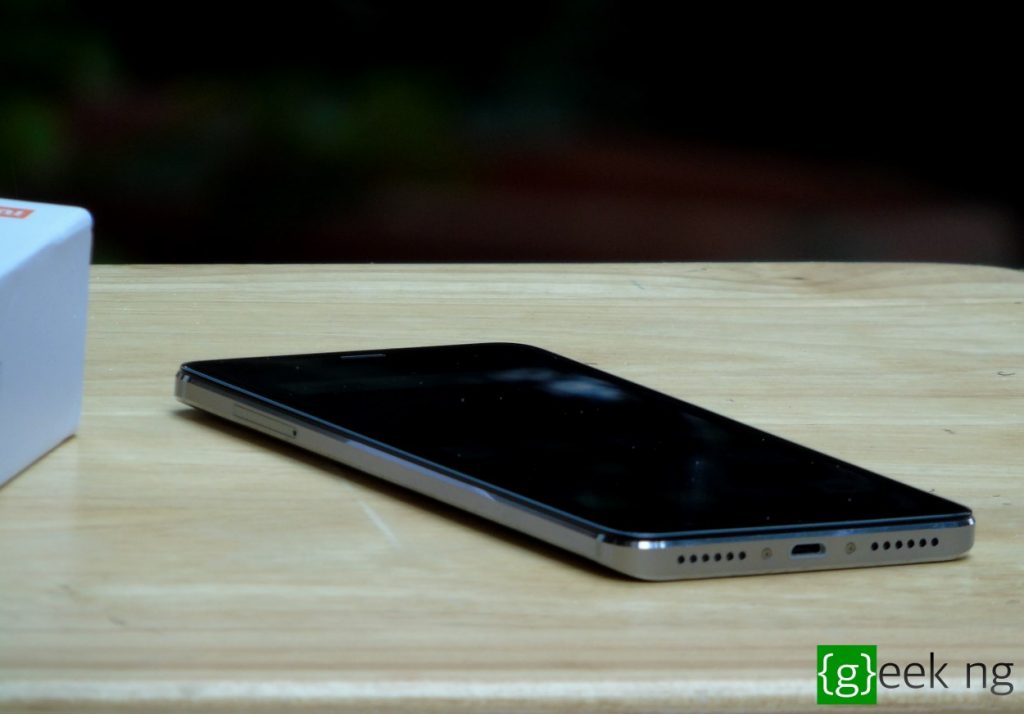 Xiaomi Redmi Note 4 is not in the league of expensive devices but it sure has a great build quality.  It has an aluminum chassis that feels good to hold. The 5.5-inch screen is protected by a 2.3D curved-edge glass. At the top of the screen is the 5MP camera sitting beside the centered earpiece. Xiaomi Redmi Note 4 comes with soft capacitive keys sitting below the screen and these are backlit.

The right side holds the volume rocker with the power button just below. The left side has the SIM tray. This houses two SIM cards (micro & nano) or you may have to let go of using the second SIM slot for an SD card. Fortunately, this isn’t a problem on this unit since there’s a whopping 64GB internal storage to play with. 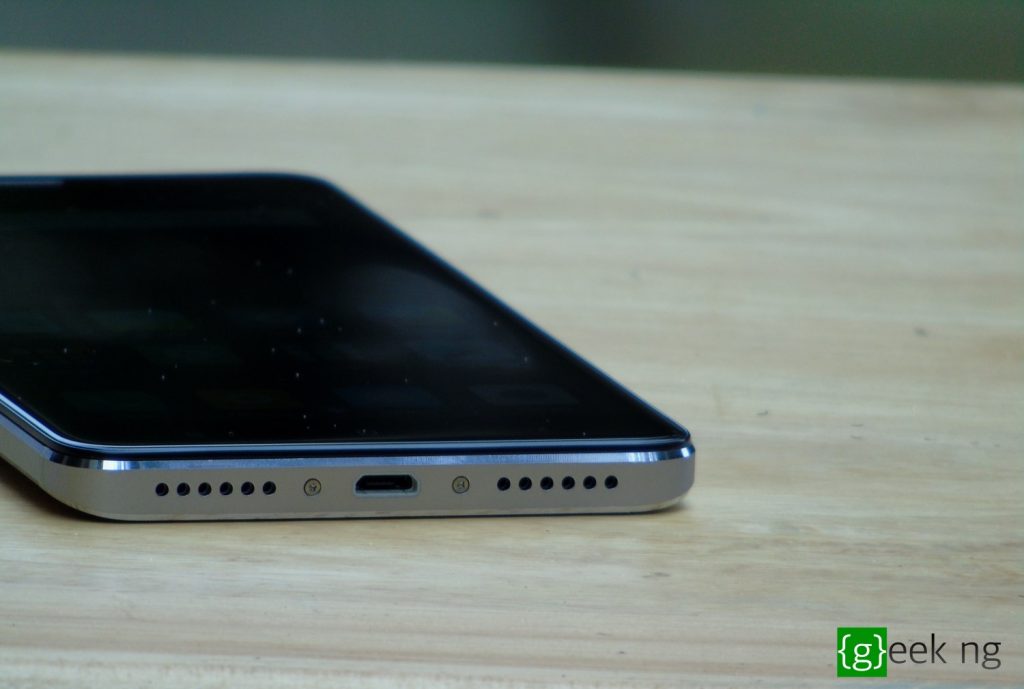 The bottom has two speaker grills flanking the micro-USB port. Actually, only one has the speaker, the other is for the microphone. 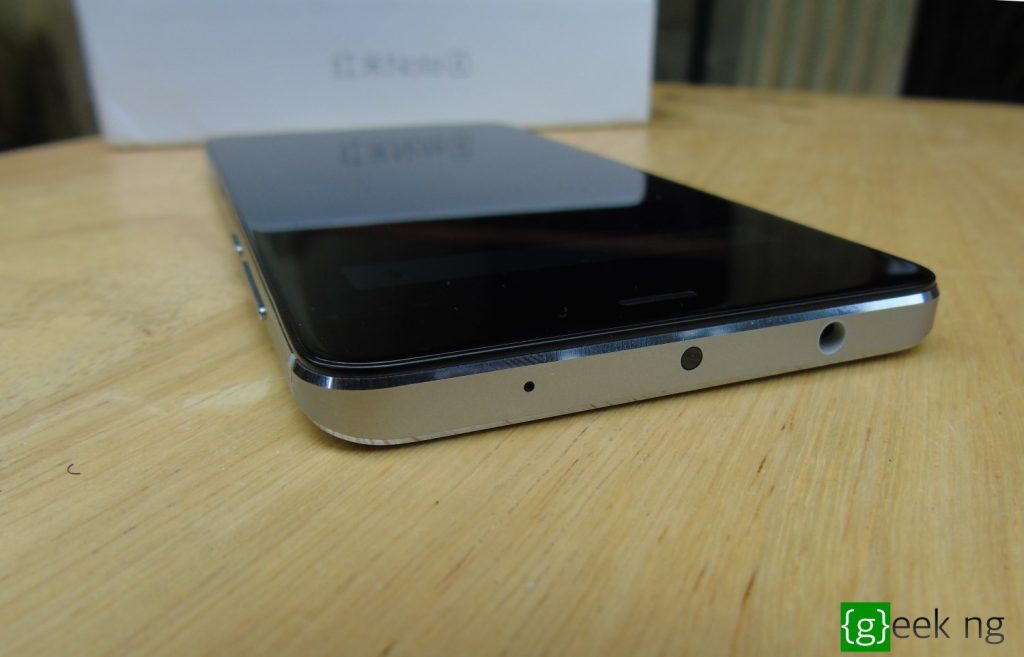 Centered at the top is the infrared sensor, with the 3.5mm jack on the left and the noise-cancelling mic on the right.

As mentioned earlier, the phone has a metallic chassis and the back has gentle curves with beveled edges. There are two antennae lines running across the top and bottom. The fingerprint sensor sits below the 13MP camera and dual-LED flash. The design may not be spectacularly groundbreaking, but it sure makes this device look good.

Xiaomi Redmi Note 4 comes with a 5.5-inch display with an FHD IPS LCD panel. The screen is protected by a scratch resistance glass with a 2.5D curved edge. The screen is pretty bright and colors quite vivid. The display doesn’t look cheap.

Sunlight legibility is good and for those who read on their mobile devices at night, there’s a Reading Mode that has a blue light filter.  Colors and contrast can be further adjusted from the display settings.

Xiaomi Redmi Note 4 comes with a 4,100mAH battery that’s above average. Even if you’re a heavy user, you should still get a full day of use. I was able to squeeze out two days out of the device.

Unfortunately, there’s no fast charge, the battery took a bit over two hours to fully charge from 0% to 100% in the test I carried out. However, the big battery capacity makes up for this.

A video loop test was performed with the battery at 100%, volume at 50%, brightness at 50% and device in Airplane Mode. Videos played for exactly 12 hours and 16 minutes using VLC.

Xiaomi Redmi Note 4 operates on about 8 LTE bands and I was able to use the available 4G network SIM cards. Smile and ntel worked fine, so did Spectranet. Although, I wasn’t able to get the phone to use 4G only from the settings, using this old trick did the job.

Network reception was good and call quality was quite okay.

The unit I have comes with 64GB storage internal storage and I’ve been able to use both SIM slots for SIM cards. If it’s a priority to use two SIM cards, I would advise you go for the variant with a bigger storage. As for RAM, my unit packs 3GB, although there’s one with 2GB and another with 4GB. The one you choose depends on your budget and needs.

But so far, the 3GB RAM is quite enough. Multitasking is good and there are no issues with performance.

Without all the technical jargons, Xiaomi Redmi Note 4 gives impressive results for a phone in its price range. 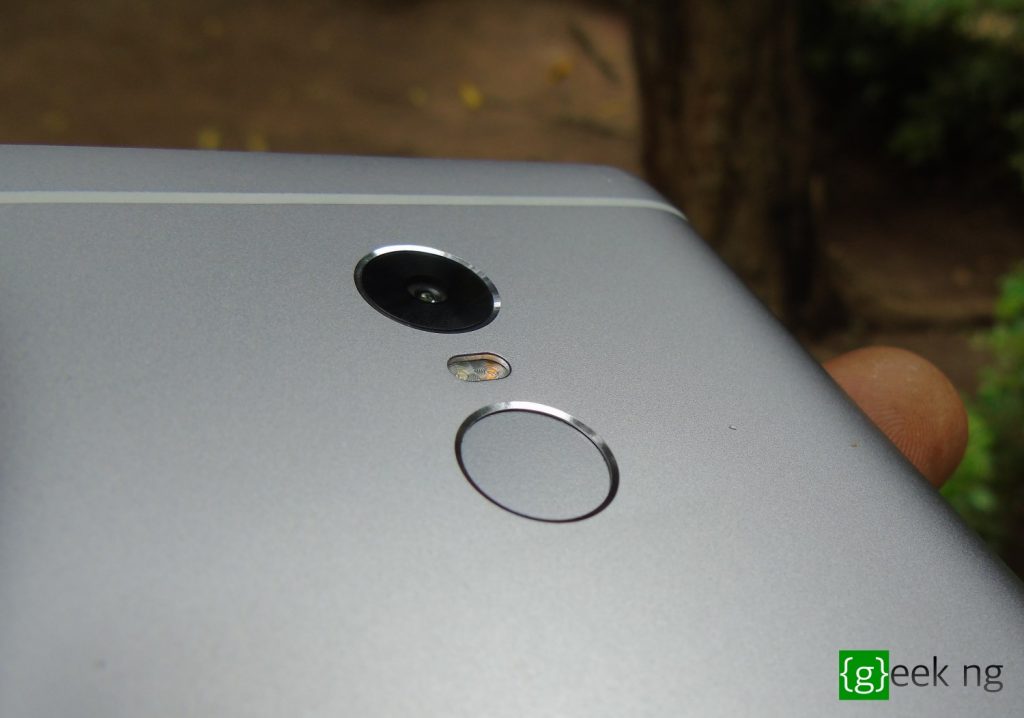 The rear camera has a 13MP resolution and packs a Sony IMX 258 sensor. Outdoors and in well-lit condition, the camera does produce great images. The lens has a f/2.0 aperture and color reproduction looks good. 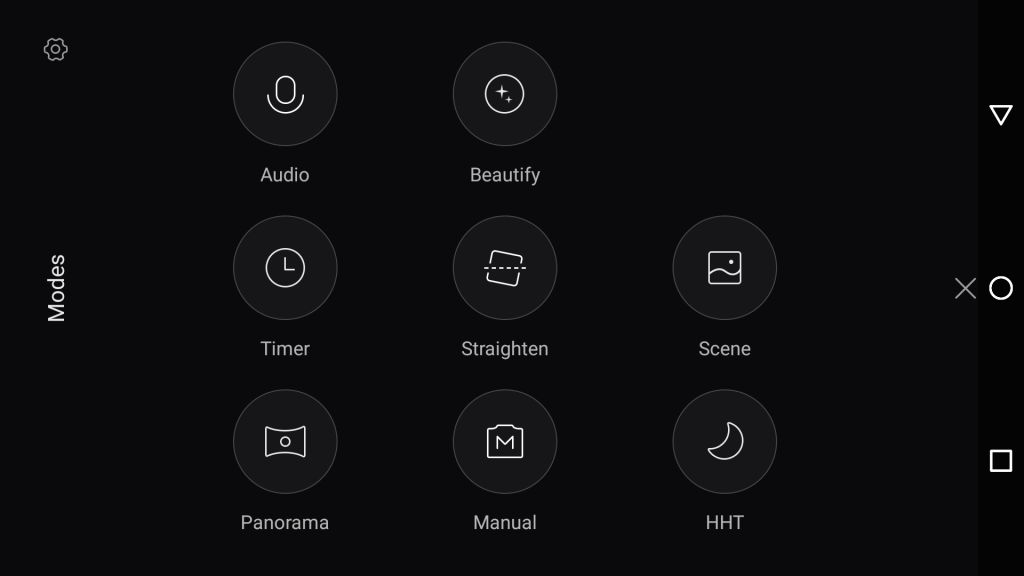 The camera focuses really quick and that’s a good thing. For those who love to tweak things, there’s a manual mode but you’re only able to change ISO and white balance. Shutter speed is beyond reach.

With low-light photography, the camera is wanting in this regard. of course, you can’t expect a sub-$200 to have it all. Here are sample images taken with the phone. 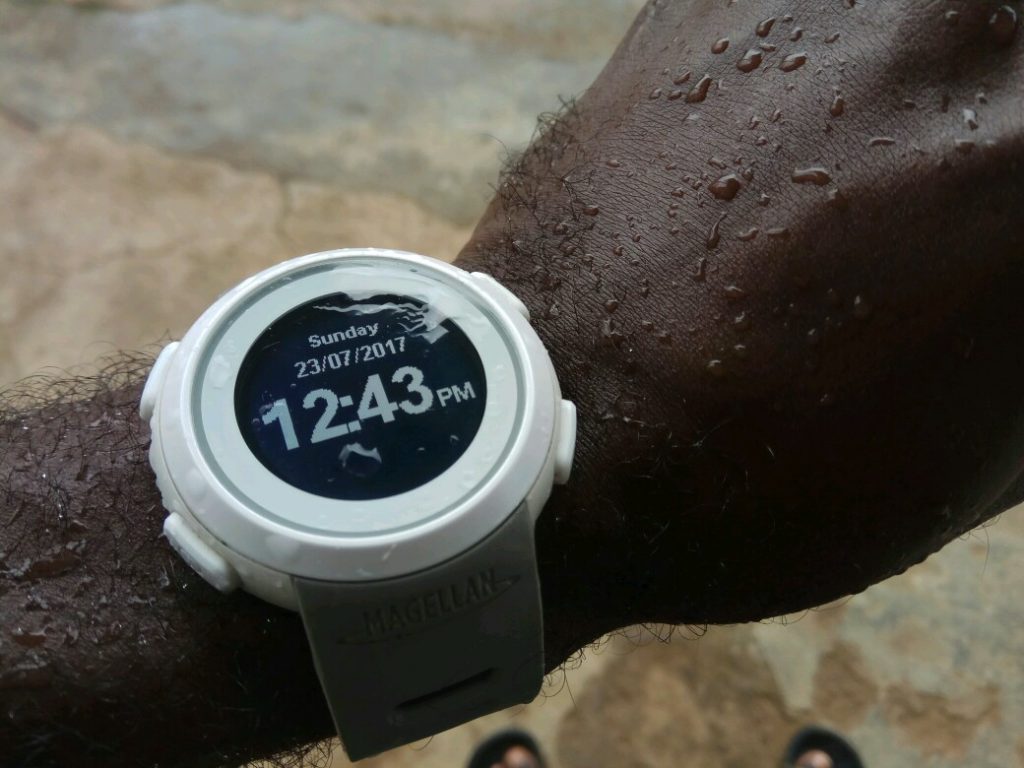 Xiaomi Redmi Note 4 runs Android 6.0 behind MIUI 8.1 out of the box. Not the latest Android OS version out there with Android 8.0 Oreo just around the corner, but there’s an Android N (MIUI 8.2) update already which can be installed manually if the update doesn’t get pushed to your device.

MIUI is one of the most popular Android custom ROMs out there and it has earned a right to be regarded as one of the most polished versions of Android OS. For some, nothing feels like running stock Android, if you’re going for Xiaomi, you already know what to expect.

With features like Dual Apps (for running different instances of the same app),  Second Space, App Lock and more, it’s clear there are features packed into this phone that would need third party apps to achieve on some other phones. MIUI can be annoying when it comes to RAM management, killing your inactive apps when it pleases. But when you tweak the Battery and Performance settings, this should get better.

All Google Apps are pre-installed even on this Chinese variant. Apart from these, there is no unnecessary bloatware. 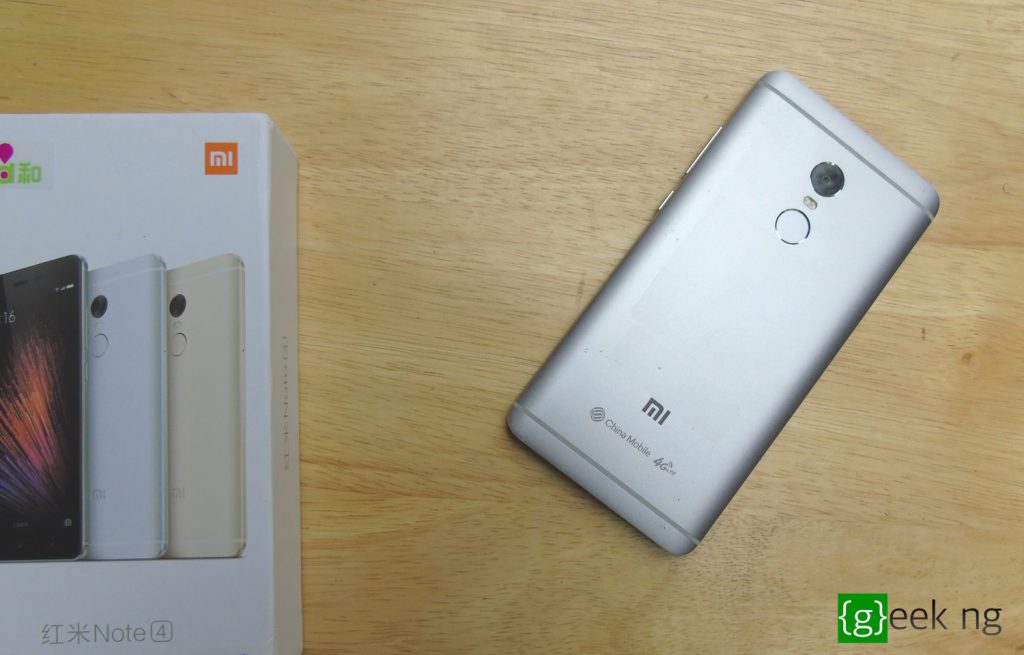 For its price, Xiaomi Redmi Note 4, offers quite a lot in terms of value. Even with the few cons it has, the great build quality, long-lasting battery, great performance, bright display and all at a good price makes it a winner.

You can get this device for only $177 on Gearbest. Well, you can get it even cheaper. This coupon slashes the price to just over $150!

Alternatively, you could go for the Snapdragon 625 variant of this device with 4GB RAM as an ongoing flash sale on GearBest gives you the phone for only $149.