Surprisingly, a lot of people only root their phones just because everyone else is doing it. It shouldn’t surprise you that there are still a number of people out there who have no idea the possibilities that opens up to you when you choose to root your device.

Granted, you’re taking a risk and you’ve lost your warranty already but then, I see no reason why you shouldn’t make the risk you took worth it. The benefits of rooting goes beyond having SuperSU to grant root access to installed apps only, there are so many things you can do with your device only if you’re willing to explore.

Unless otherwise specified, the apps listed in this article can be dangerous and should be used with care. But hey, it’s fun exploring the deep world of Android OS if you know what I mean. 🙂

This popular root app allows you to modify your device with different the different modules available in the repository. Xposed Installer itself is more like a framework and doesn’t add any special functionality until you install modules. I need to warn you though; you can brick your device by installing this software. It’s not for the faint-hearted. 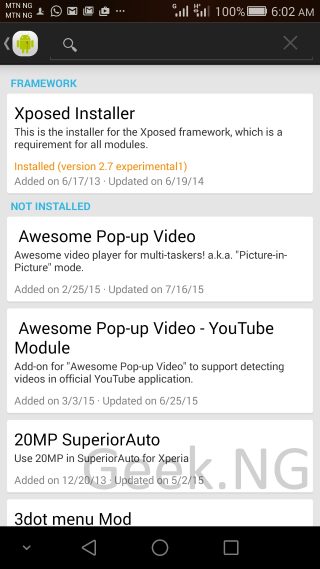 Gravity Box is an Xposed Installer module that lets you customize almost everything about your UI. For instance, you can decide to use a background image for your notification center, change hardware key actions and many more.

When your phone vendor installs bloatwares on your device, this is the right app you need to remove them. System App Uninstaller removes system apps that can’t be normally removed. 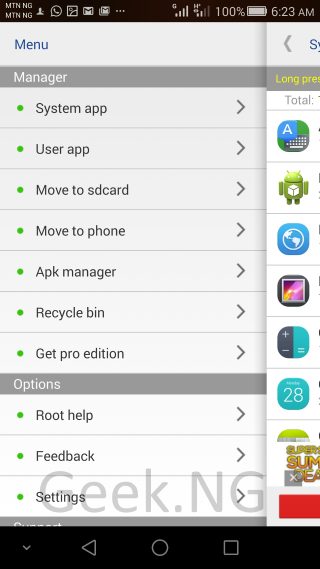 This app doesn’t only remove system apps, it also manages your apps. However, it is advised you shouldn’t just go about uninstalling all system apps unless you’re sure of what you’re doing.

Disk Digger is a very useful app that lets your recover deleted files. It recovers deleted files right on your Android device even if you’ve formatted your SD card. 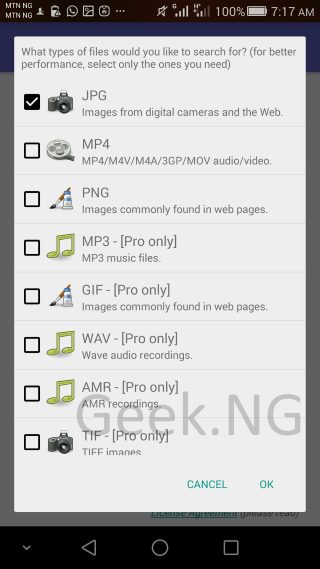 You should note that the free version only recovers lost photos and MP4 videos, you need to install the pro version if you intend to recover other file types.

This is another app that lets your further personalize your operating system and make things work just the way you want. rom simple tewaks like setting WiFi scan intervals to advanced ones like setting minimum & maximum CPU frequencies, Pimp My ROM is a root app any Android should try. 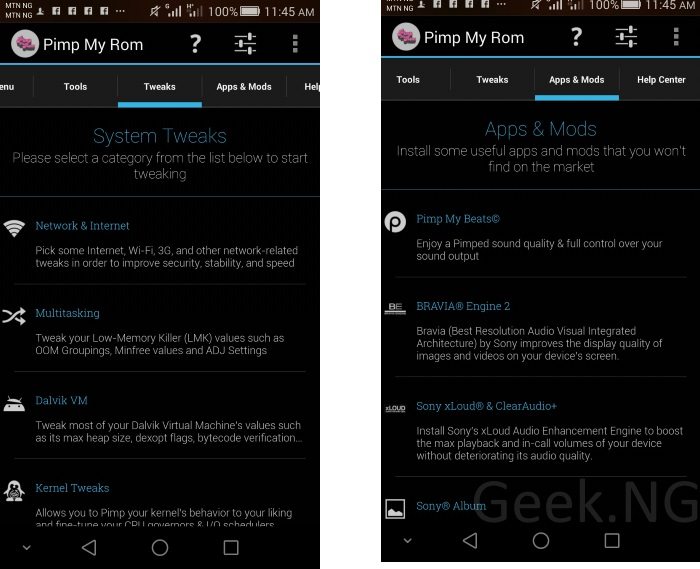 There are apps and mods you can try out like the Sony BRAVIA Engine 2 and more. However, it’s advised you should use with caution as its still in Beta. Tampering with what you don’t understand may have negative consequences. Even the ones you’re sure of can send your phone into a bootloop.

This is one of the first apps I normally install after rooting my device. For each app, you can open the patch menu and do a few things like removing license verification, removing ads, changing permissions and more. 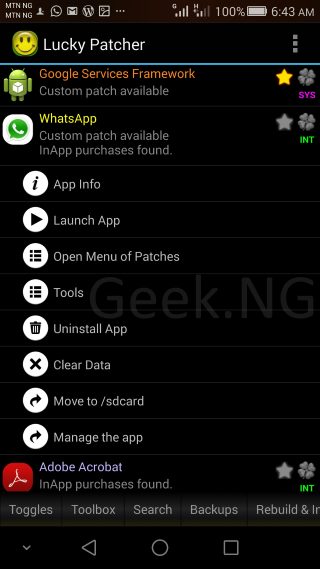 Some apps too also support the custom patches preloaded with your lucky patcher install.

ES File Explorer is more than just a file explorer, it has loads features and I think the name given to the app underestimates its capabilities. With root access, it can act a root explorer to access system files if you need to. 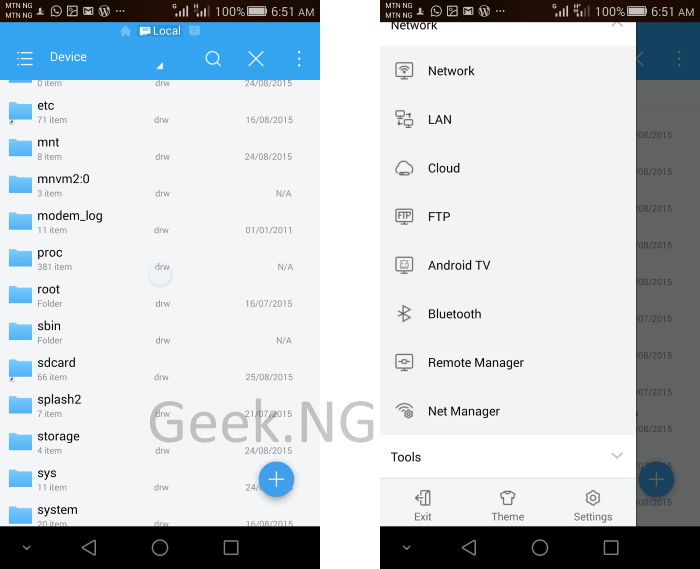 There are also other features you can use without rooting your device like transferring files over WiFi.

Developers need to make money to continue creating awesome apps for us. I do not support cracking in anyway. However, this app tends to bypass in-app purchases.

Just as the name suggests, this app changes the font on your device. There are different fonts to chose from. This does not necessarily need root access on some devices like Samsung, Xiaomi and Huawei but you won’t be able to use it without root access on other devices like HTC and Sony.

As you use your device and install applications, it gets slower overtime and starts lagging. This is due to some of your installed apps always running in the backround. With Greenify, you can hibernate these applications and speed up your device.

It’s not really a root app anymore though, but there’s a mode that needs Xposed Framework to function.

This is the all-powerful root app if you love installing custom ROMs and modifying what you already have.