The Nigeria Sovereign Investment Authority on Saturday launched the maiden edition of its Prize for Innovation Programme, targeted at stimulating development in Nigeria’s fast-growing digital ecosystem. 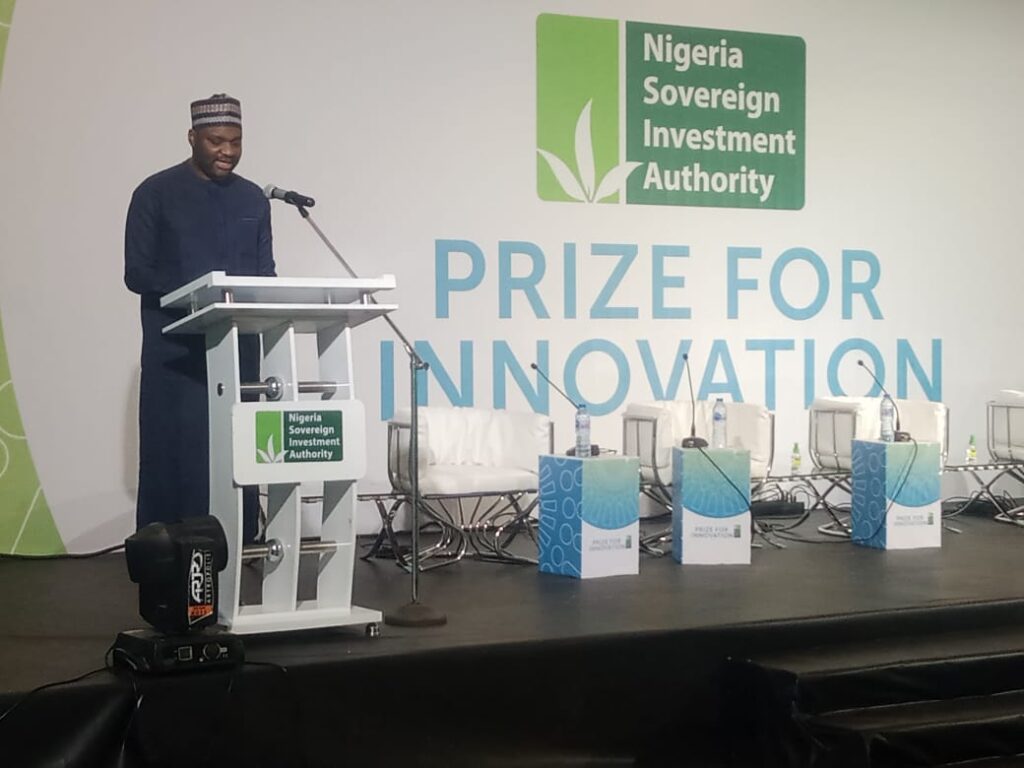 The launch was held at an event in Lagos which was attended by the Governor of Lagos State, Mr Babajide Sanwo-Olu; the Managing Director of NSIA, Mr Aminu Umar -Sadiq; Chair of the NSIA Board Investment Committee, Mr. Ikemefuna Isiekwena; and members of the Executive Management Team, Mrs. Olubisi Makoju, and Mr. Kola Owodunni. 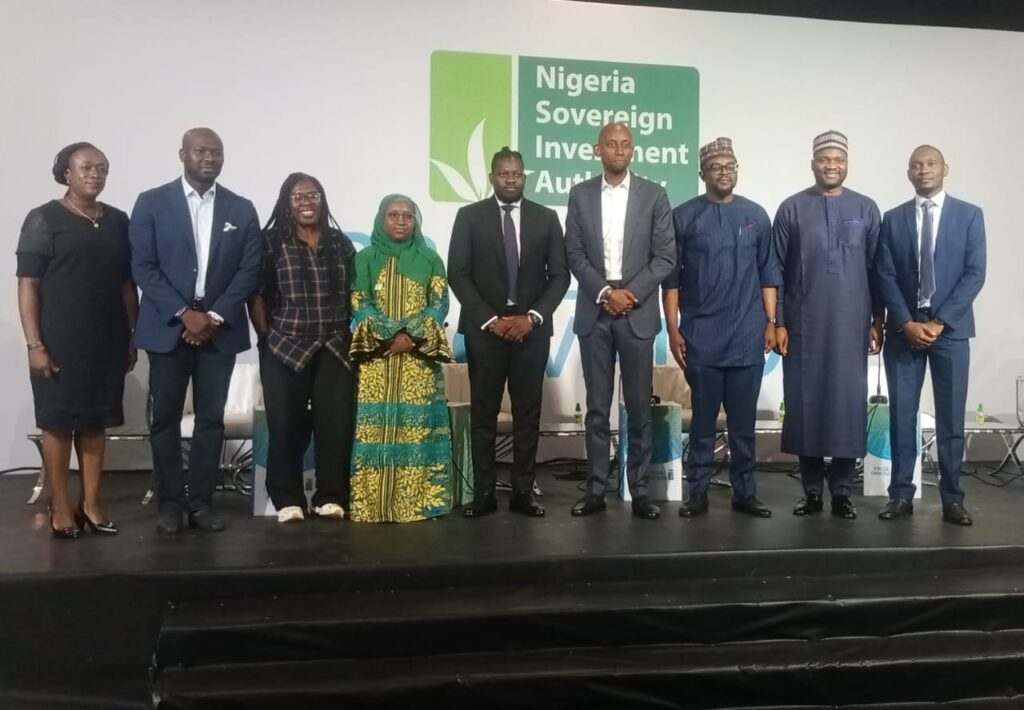 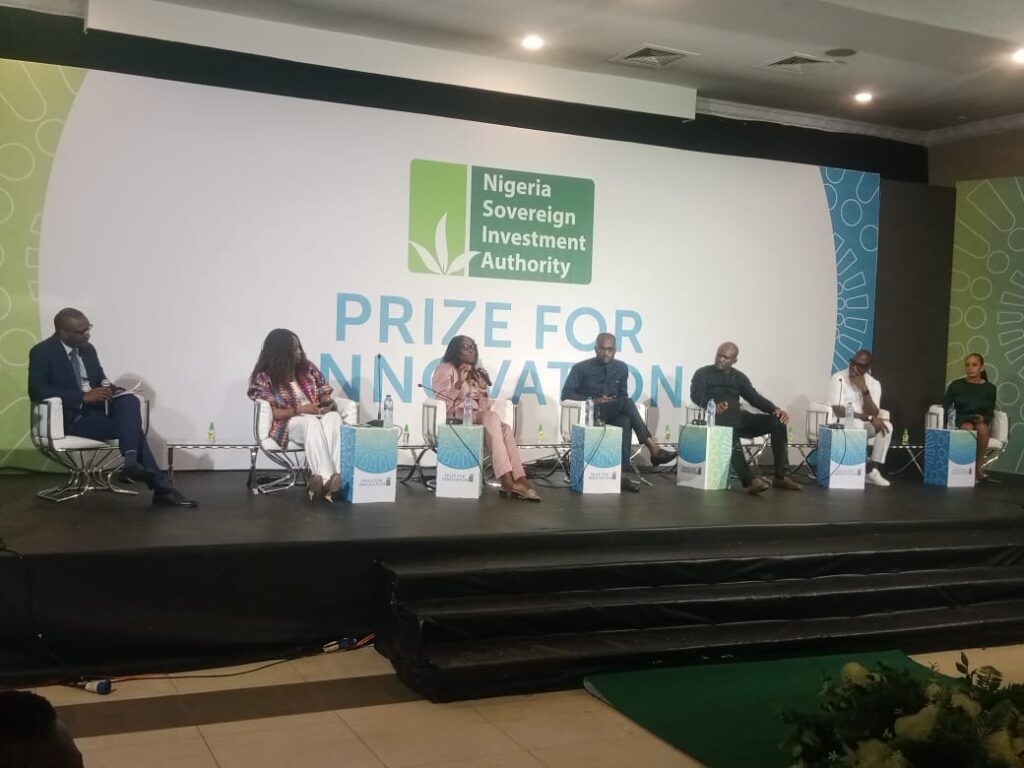 The NSIA Prize for Invocation Programme is structured as a business enhancement programme to support early-stage, growth-driven ideas through education, mentorship, and financing.

The Programme is a strategy-based initiative of the NSIA Board which will run for at least three years.

Through the NPIP initiative, the NSIA is poised to identify, build, and channel the country’s latent potential in innovation and technology to catalyse economic growth, enhance the nation’s productive capacity, create jobs, and optimize resource sustainability.

In addition, the NPIP is designed to encourage and support creativity and ingenuity within the technology space and to fund new ideas that could result in cost-effective, scalable, and transformative positive impact.

Speaking at the event, the NSIA MD stated that the strategic intent of the Programme is to assist the Authority to establish direct access to the Nigerian technology sector.

He recalled that for centuries, prizes in various fields of human endeavour have served both as a reward and tool of encouragement for ideas that solve critical challenges for the human race.

In modern times, he said such Innovation Programme has helped to nurture novel ideas and ingenious innovation in science, technology, and many other fields.

He said the NPIP is the NSIA’s rationale for choosing to leverage innovation as a tool to stimulate developments in Nigeria’s fast-growing digital ecosystem.

He said, “Some may ask, ‘why an Innovation Prize?’ Our answer is simple. ‘Why not?’ We have over the past decade explored various strategies to deliver our vision which has seen us play an ever-increasing role in promoting investments for Nigeria’s economic development.

“We see the innovation prize as another vertical under our strategy. We have explored the route of sponsor, co-developer, and financial investor on a number of projects.

“The prize approach is a different but equally potent path. With this, we aim to serve as not just a catalyst for the fast-growing domestic technology and innovation industry but also as a deliberate enabler across the various tiers of the ecosystem.

“Our Board is convinced that this approach, will mobilize participants and capital, spread the burden of risk, set a problem-solving agenda, and serve as an effective accelerator for viable projects.”

Umar -Sadiq explained further that the Prize for Innovation programme is designed for national coverage, adding that the NSIA is committed to working assiduously as it has always done to deliver a programme that is inclusive, transparent and outcome-driven, covering the entirety of Nigeria’s digital hubs.

Through this, he told the gathering that the Authority would identify and elevate early-stage projects with transformative economic potential.

The NSIA MD said, “We will commence the programme by opening the innovation prize application portal in short order. Once opened, we expect to receive a flurry of high-quality entries reflective of Nigerian ingenuity.

“From these, eligible participants who qualify for the accelerator will gain access to knowledge and insights that will enable their ideas to scale.

“Beyond the selection of a winning entry, the programme is designed to inspire and challenge participating technopreneurs to build well-designed strategies that connect new ideas and concepts to the market.

“We see a future where Nigerian tech companies ascend to global relevance and dominance within the next decade. Nigerian film and music industry are already tracking in this direction. It is time for our technology and innovation sector to deliver a similar trajectory.

“So today, we welcome you all to the beginning of a distinct approach for stimulating change in the domestic digital ecosystem.

“As we launch the NSIA Prize for Innovation, we eagerly look forward to seeing entries from disruptors, creators, and trailblazers driving a new vision for innovation in Nigeria.”

In his remarks at the event, the Lagos Governor described the NSIA as representing the value of a catalytic system.

Sanwo-Olu who was represented by His Special Adviser on Technology, Mr. Tunbosun Alake hailed the NSIA for coming up with the initiative as it aligns with the global philosophy where innovation and technology are being used to change the global community.

He said, “I’m glad that the launch of the NSIA Prize for Innovation is an indicator of the NSIA’s subscription to this philosophy and its commitment to driving value creation through innovation.

“This philosophy is something we in Lagos State share with the NSIA. Not just because the governor signed into law the Lagos State Sovereign Wealth Fund, but it has to do with our realization that the Central call of the nation’s economic security is tied to innovation and scientific research.

“I congratulate the NSIA once again on the launch of this whole initiative. An initiative whose time has come and one that will move the innovation pendulum forward.

“However the need that we achieve this nation’s potential, we must do away with shallow implementations across the myriads of government institutions. We must collaborate. We invite you to collaborate with us as we build a Nigeria that we truly will be proud of.”

Also speaking, Isiekwena told the gathering that like all great ideas, the Innovation prize itself is not the end the Authority hopes to attain but a means to an end.

He said, “The outcome we seek is an ‘idea’ economy for Nigeria. In this age, success in any discerning economy is defined by the ability to turn ideas into value faster than competition.

“We’re hopeful that this programme will inspire ingenuity, creativity, and inventiveness amongst our teeming youths which will result in ideas that become scalable businesses and in so doing, cause positive economic shifts in our country as we diversify away from traditional.”

Other dignitaries in the technology and innovation ecosystem that spoke at the event commended the NSIA Board and management for coming up with the Programme.

They said through this Programme, the Authority will be able to unlock the potential of innovators and attracts talents into the target sectors of the initiative.