How to Disable Long SMS to MMS Conversion on Android

You are here: Home / Mobile / Android / How to Disable Long SMS to MMS Conversion on Android

The first time I tried sending a long SMS on my Android device, it got converted to a multimedia message (MMS) and the recipient didn’t even get the message because it wasn’t a multimedia phone. On most Android devices, when your SMS exceeds three pages, it automatically gets converted to MMS. I tried checking the message settings maybe this is something that could be adjusted but there was absolutely nothing there to change this. Sometimes, there’s need to send a pretty long SMS and the longest I’ve sent was actually 9 pages. Crazy? 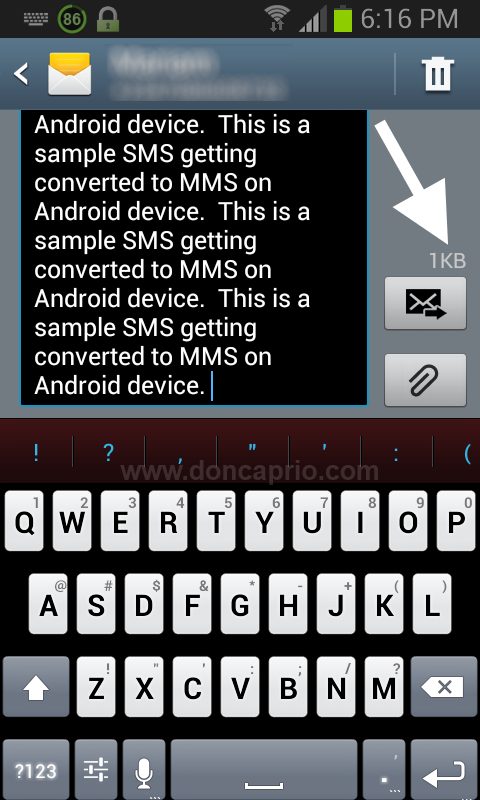 Anyway, since my Android device forces me to send the message  as MMS (which I didn’t want to), I had to look for an alternative. There are several SMS clients to do this and someone suggested Handcent SMS or GoSMS but one thing I didn’t like about them is the way they completely take over my messaging system. I prefer using the default Android SMS app becauseI’m not sure it’s not a good idea having third party applications taking care of what your default apps can do, we all know this eats up RAM. I can’t see the point in installing an app for what your phone is normally meant to do (but that’s a personal thing by the way).

Must Read: 5 Great Alternatives to Whatsapp Messenger on Android, iOS and Blackberry

After searching everywhere, I came across a simple application that does this. BigSMS looks pretty simple but with it, I was able to achieve what I wanted: Sending a pretty long message as an SMS instead of automatically getting converted to MMS. 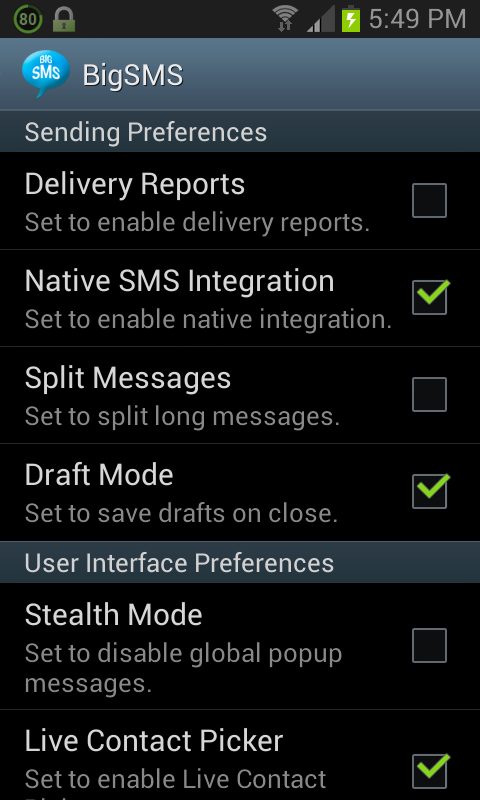 Must Read: 10 Must-have Apps for your New Android Device

The fact is that you’re not actually disabling this annoying Android feature, you’re only bypassing it with BigSMS. This app is well integrated with your contact list and also with your default messaging app. BigSMS not only removes the restriction, it allows you to send an SMS as long as  75040 characters! That’s 469 SMS pages in one message! Seriously, would anyone even send that? 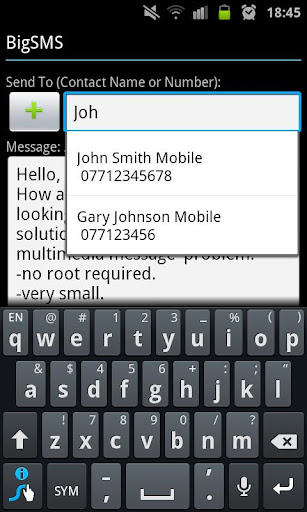 It’s a great app anyway but it’s still under development. Some features can still be added to improve the functionality but it works pretty fine and that’s all that matters. Besides, it’s very easy to use.