As usual, facebook rolled out a couple of updates and there was a mixed uproar of positive and negative reactions. Users’ privacy on facebook has always been a subject of controversy and the controversy even thickens with the new updates facebook released. Controlling one’s privacy on facebook is getting a bit harder, making it easier for cyber-stalkers and identity thieves to get access to more information about you through facebook. Certain security settings that used to work in the past stopped working since the introduction of timeline profile and the new ticker box (the news feed box on the right sidebar).

According to facebook, “Ticker, on the right-hand side of your account, lets you see all your friends’ activity in real-time. When you hover over an item on ticker, you can see the full story and join the conversation as it happens. Ticker updates itself as stories happen. This gives you a more complete picture of what your friends are doing, right now.” 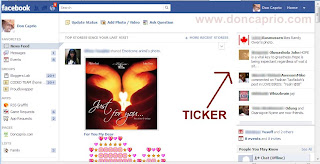 Facebook gives you some control over what your friends see on your wall but you have little control over what appears on their ticker news feed. If you comment a photo or just click ‘like’ on a status update, every one of your friends will see it in their ticker news feed even if you might have hidden such recent activities from showing on your wall. Have you given it a thought the strain such minor things might place on relationships?

Facebook keeps changing everyday and it was the same constant tweaking of user interface that frustrated myspace users. These recent updates seem to be an attempt to combat google plus which facebook takes as a major threat to its survival but murders its users’ privacy in the process.

If you’re using a slow dial-up connection, you might have noticed facebook takes a bit longer to load than it used to before the updates rolled in. You can remove or hide certain stuffs including the ticker along with the adverts.

All you need is to install a browser addon (Hide Facebook Sidebar Ticker extension) if you’re using google chrome but it’s a bit different with firefox. If you don’t intend to follow every gossip happening on facebook and just want to get rid of that news feed box that automatically updates with every little activity going on, download and install, GreaseMonkey, a firefox addon that allows you to control what web pages display on your browser with a snippet of javascript.

Restart your browser and visit this webpage to install the script that hides facebook ticker, adverts, birthdays and other things appearing on the sidebar.

How To Hide Your Recent Activity From Ticker News Feed

Presently, facebook gives you little control over your recent activities visible on your friends’ news feed. Ticker exposes even things you thought were hidden. The best option is use a custom privacy settings. From the top right, go to Privacy settings as shown below: 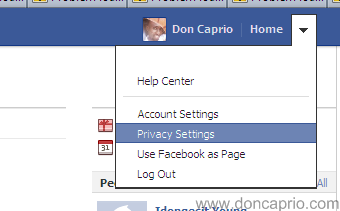 Select Custom privacy as shown below. Selecting friends will make your posts and activities appear on your friends’ news feed but using a custom privacy settings can still give you some control, even if it’s not total. 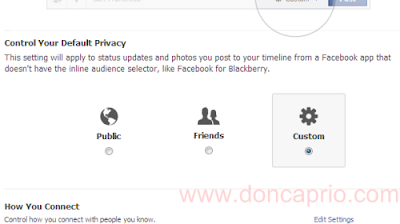 Now you’re presented with options whether to hide you posts from certain people or make it only visible to a number of friends. 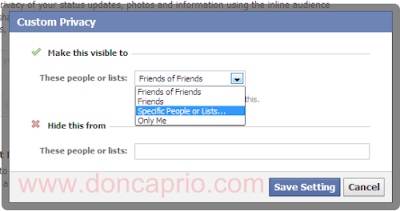 Let’s only facebook hope gives more privacy control over what we share or I see a lot of their users moving over to Google + which might turn out to be a major threat to facebook dominance in social networking business. The basic fact now is this: if you don’t want it to go public, don’t share it at all. That sucks.

Want to Hide Your Facebook Posts From Your Family? Here’s How

How to Locate Your Recently Watched Videos on Facebook

Login With Facebook: Why You Need to Stop Using Social Login