You are here: Home / Mobile / Android / Easy Way to Root Most Android Smartphones

There has been many rooting methods but as Android gets older and more devices get Jelly Bean (JB), it was only a matter of time before additional methods were created. Now, there’s a universal method that can do both Ice Cream Sandwich (ICS) and Jelly Bean (JB). 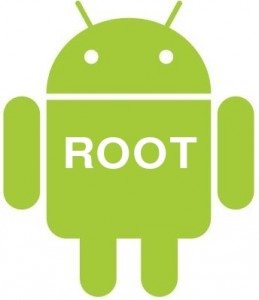 The method is a script written by XDA Recognized Developer Bin4ry. It takes advantage of an issue found that’s native to Android. As Bin4ry explains:

I made a small script which is able to root ICS/JB phones. It uses a remount timing issue in Androids “adb restore” service.
So normally it should work on nearly all ICS/JB devices, for some it won’t but the idea may work in a slightly modded version

Steps to get your Android mobile root:
1.) Download Root_with_Restore_by_Bin4ry_v18.7z.
2.) Extract it using 7zip/Winnrar
3.) Connect your phone through USB but you should enable USB debugging by going to Setings > Developer 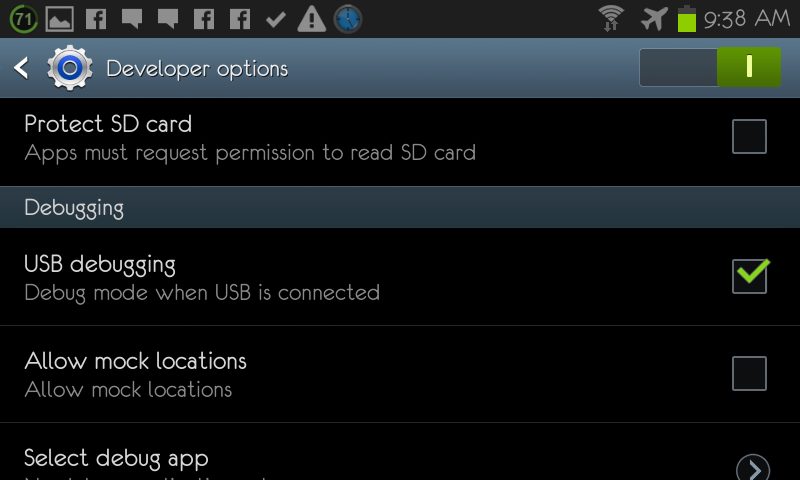 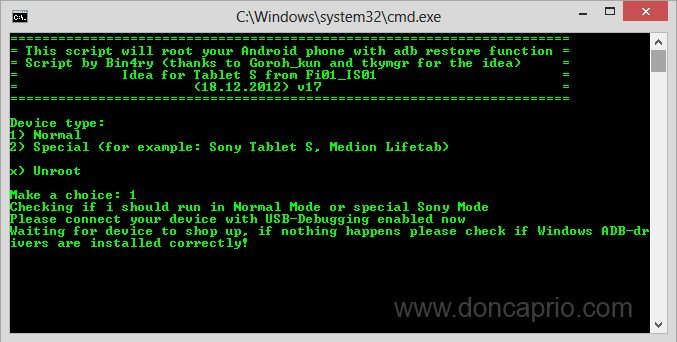 There is a case for Xperia T and Xperia S,P etc. phones, this phones run ICS but don’t have android’s native restore with adb, Sony has added a own custom “Backup&Restore” app, the script handles this cases too, just choose the correct option! Normal Mode will not wipe any other data, dont worry!

Special Mode CAN wipe your data, Rollback SHOULD restore, but to be sure backup you data somehow!

Xperia T Firmware .195 is not rootable! This is same for other Sony devices with new Firmware like .2.55. Sony fixed the bug in current firmwares and so we have no chance with this particular method!

If your model isn’t listed above, you can my other article on rooting Android devices which is also dead easy as well.

If your STOCK ROM does not have Sony’s Backup & Restore app preinstall, then download it from here, extract & install .apk file. If there’s any problem encountered, you can drop a comment and I’ll be willing to help.