7 Reasons Why Blackberry Sucks and You Shouldn’t Buy One

You are here: Home / Mobile / Blackberry / 7 Reasons Why Blackberry Sucks and You Shouldn’t Buy One

I haven’t been able to write a blog post in the last couple of days because I’ve been stuck with my mobile phone but today, I was forced to launch the WordPress application on my iPhone and address this outrageous hype about Blackberry. First, I should let you know that Blackberry sucks and by far, it’s the worst smartphone I’ve ever operated. Wait…did I even say smartphone? To me, it’s just a smart toy 😛 I know you’ll want to bite my head off right now if you’re a blackberry freak but who cares?

It’s a fact that for some people, Blackberry does what they need to do but if you need a proper smartphone, don’t go near Blackberry. Trying to get it because your friends own it is foolishness.

If you’re using a Blackberry phone and think you’re on top of the world, you need to see what iOS, Android and Symbian Belle has to offer and I swear you’ll want to smack your silly BB phone against the wall. I said Blackberry sucks and you shouldn’t buy one. I’m not talking out of ignorance, I’ll give you valid reasons. 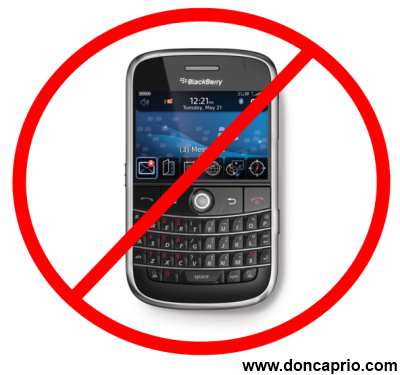 RIM (Reasearch in Motion) is the Canadian company that manufactures Blackberry (in case you didn’t know) but lately, they’ve had lots to deal with including this tweet from a top Canadian politician:

That’s a confirmation on how ineffective Blackberry is at being a good Smartphone. He said his BB couldn’t multitask but I assume that’s a personal experience. BB can do multitasking but whatever got the man tweet that got to be pretty annoying.

If you’re the type that love messing around with all sort of applications, you’ll regret buying a Blackberry device. It’s obvious app developers are not interested in  developing for Blackberry OS. Their app world sucks big time. I run Adobe Photoshop Express on my iPhone and there are tons of applications on iTunes store, Google Play and Ovi that you’ll never find on Blackberry, not in the next 50 years.

Wait, does blackberry support HD games? I run Pro Evolution Soccer 2012 on my iPhone with full commentary and stunning graphics.

3. You can’t even Customize the Stupid Thing

4. The User Interface is Ugly

You user interface isn’t modern to me but Blackberry users believe “it’s Blackberry” so it has to be that way. I think you need to wake up!

Think about it, only a fraction of your friends are on Blackberry messenger, almost everyone of them use Facebook chat.

6. The Web Browser is so Ineffective

With the Safari browser on my iPhone, I can open every single web page on the internet without any problem, displaying the page exactly as it would look like on my notebook. The other day I was using a friend’s Blackberry, it sucked even more than I imagined! Last time I checked, Symbian Anna and Android supports flash!

You can’t compare my sleek, elegant iPhone with any Blackberry device in market. Blackberry isn’t attractive one bit and there are better looking touch based devices running Android OS and Symbian. The qwerty keypad is rather too small for me (hey, I’ve got big fingers 😛 lol ), the virtual keyboard on iOS is a lot better if you ask me.

The future belongs to touch based devices and it seems RIM is trying to catch up on that, copying Apple, Samsung and other smartphone manufacturers. They failed at that!

That’s a Blackberry user lamenting at it’s effectiveness. You shouldn’t buy a blackberry phone if you need a real smartphone. Blackberry is nothing but a toy to me and the operating system is nothing to write home about. You can scream all you want, I’m just saying my mind here and if you feel the way I do, please share this blog post on Facebook and hit the +1 button! Tell your friend Blackberry sucks!