You are here: Home / Gaming / 5 best League of Legends Champions for Beginners

It suffices to say that the Champions we grow to love (or hate) in League of legends aren’t the easiest to get your head around, this is especially true for those just starting out with League. For players new to the MOBA landscape, the Summoner’s Rift map can be a heck of a place to understand, which is even truer when you find yourself in an endless spiral of deaths. League of legends boasts having more than 130 champions to choose from at the time of writing, and choosing just one to play with can be a daunting time.

Getting to know every champion, how to play against that particular champion, and how to play as them is going to take a little time. Unlike the spin-off auto-battler produced by Riot that divides a smaller roster of champions into Teamfight Tactics Classes, classic League is much more of a beast to tame. Fortunately, the easiest way to get to know the champions is by playing. 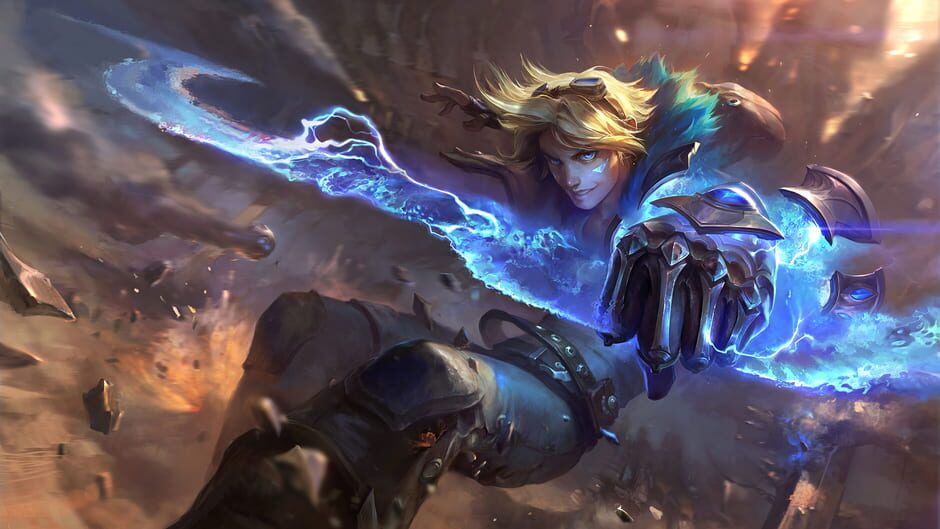 For starters, if you are brand new to League, then you might need to check out a Lol beginners guide to get to grips with the core mechanics. Gain knowledge of the basics, and you’ll then be ready to experiment with the available Legends to start securing your first wins.

To assist you in your search for the best legends to start with, we’ve compiled a list of our favorite Legends from Riot Games’ classic MOBA. The Legends we’ve chosen are each from a different category such as marksmen, support, tanks, assassins and mages.

First up on our list is Garen, who, using W provides a boost to his overall defensive abilities. Garen can regenerate health using his passive Perseverance which gives him an edge over other champions. This means you’ll stay in the lane much longer than you might with other Champions. Chain your offensive abilities, and he can deal some pretty devastating damage.

2. NASUS – THE CURATOR OF THE SANDS

Next up we have Nasus, who has various play styles available right off the bat. Nasus is similar to the tanky traits of Garen, although he can also build Attack Damage or Ability Power too. Lifesteal is free when Nasus uses his passive of Soul Eater, and this is also helpful for keeping in the lane for more extended periods.

In the third position is Shyvana who offers some of the most rapid jungle clear we see across the game. Fury of the Dragonborn is her passive which enables her to gain bonus stats for every dragon she downs, as well as dealing increased damage to all dragons. When Shyvana levels up to level 6, she gets access to the best ganks, although before this she’s still not to be messed with when using her W to gain boosted speed. If your team needs her to be tankier, you have the option of building her to this requirement. Shyvana has the ability to deal some severe damage.

Although he might not have the same speed as Shyvana, Volibear has some epic jungle survival skills. Chosen of the Storm is his passive, enabling a health boost every time his health decreases below a certain level, also usable within team fights. You can choose to build Volibear defensively or offensively, and his ganks are also pretty powerful, although you should build him to meet your team’s requirements.

Last up on our League of Legends Champions list, we chose utility mage, Morgana. She is an excellent selection for use in the middle lane thanks to the extra tools she has available to her. This is, in part, why she is an excellent choice for a support champion. She has soaring overall magic damage, which is why we’ve put her in the role that she first released in for our list.

Do you have a preferred champion we’ve not listed? There’s 125 more to choose from, and we’d love to know your favorite!