10 Reasons Why Samsung Galaxy S4 Blots out the iPhone 5

You are here: Home / Mobile / 10 Reasons Why Samsung Galaxy S4 Blots out the iPhone 5 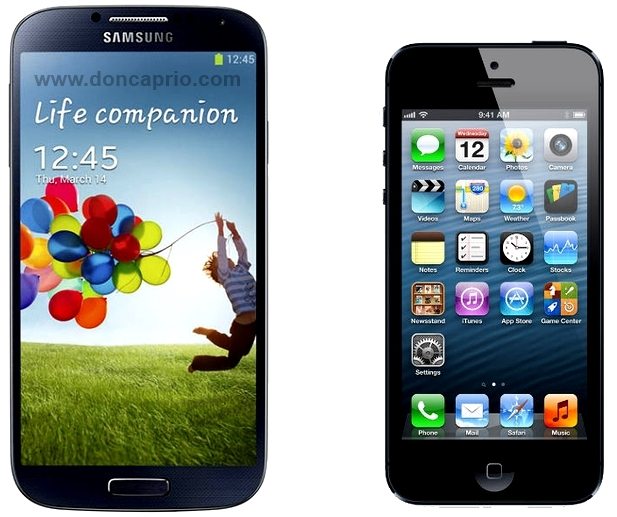 Samsung seems to get an advantage against the iPhone 5 display. The S4 gives a bigger 5.0 inch display on AMOLED with a 1080 x 1920 HD resolution in contrast to the iPhone 5’s 4.0 inch LCD panel on LED backlit ISP that comes with only 640 x 1136 resolution. If a better retina display concerns you, then the S4 gives a better option. Samsung blots out Apple with its Gorilla Glass 3, its latest iteration that gives their Smartphone a good heads up than the regular Cornilla Gorilla Glass in iPhone 5.

The Samsung S4 tops iPhone 5 in its cutting edge camera technology and features. Its 13 MP sensor overcomes the Apple’s 8 MP camera feature while the GS4 has more megapixels in every shot. Other features like the Eraser mode, Eye Scroll, Sounds and Shots and dual video recording also made S4 tops over the iPhone 5.

The S4 quad core processor allows the unit to run faster than the iPhone 5. The latter only runs on a dual core processor which gives the S4 twice a better speed in terms of performance.

Samsung gets the advantage of speed over the iPhone 5 because it comes with a quad core 2 GHz processor which is a lot better and fast performing than the iPhone 5’s 1.2 dual core processor.

One downside to the iPhone 5 is on its non-removable battery. Once the battery gets drained, you have no option but to plug the unit into its connector and continue using the device while it is plugged into its charger. S4 on the other hand provides a battery feature that can be removed and replaced with another one if you have an extra battery on hand. You no longer find yourself tethered to the charger just to be able to continue using the Smartphone device.

The S4 is powered by Android, which undoubtedly provides a more customizable options for an operating system. The iOS of Apple has more stringent security features that provide only fewer applications that you can download as compared to Android’s OS.

For a Smartphone user who is looking for something that perks up their mobile unit, the color options that would be available for their device is important. Samsung gains another thumbs up when it gives mobile users 5 color options. You can choose from the traditional black and white colors that are available only on the iPhone 5 and also from colors gray, blue and red from the S4.

Google Now is a feature that comes with the Android OS but is responsible why S4 defeats iPhone 5’s Siri. It works as a personal assistant that keeps a tab of all your activities and information on your Smartphone and use them in order to provide you with much relevant information. For instance, Google Now understands your daily route to work and it will give you a prompt message that a heavy traffic exists on that route and will provide an alternative route for you to take. Now, Siri can’t do it with the iPhone 5.

The S4 is powered by the Jelly Bean 4.2 that allows its users to customize the layout of the device and appearance. It comes with a template feature that is available in the Customization Center where you can customize the device to perform various tasks.

Iryna Ostapets is a freelance writer about Android, WordPress, mobile and other tech news via online exposures. She is the author of Phone tracker site.